Commentators accused Canadian PM of showing lack of respect after a video of him singing by a piano in a London hotel surfaced on social media. 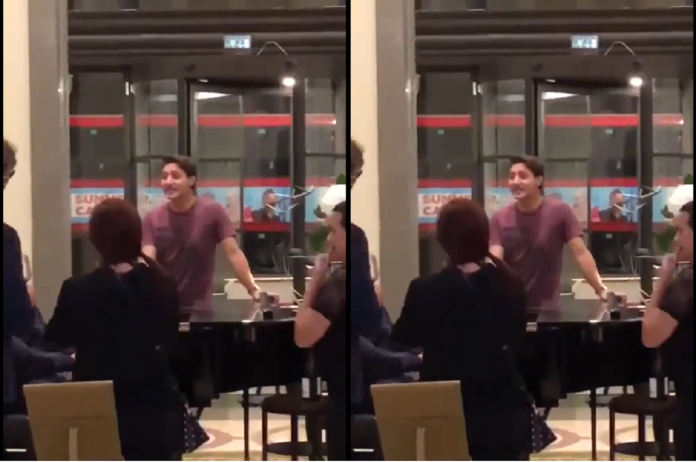 London: Justin Trudeau’s office has defended the Canadian PM, after he was filmed singing by a piano in a London hotel, two days before the Queen’s funeral.

Critics accused the PM of a lack of respect, after a video surfaced on social media where the PM can be seen singing Bohemian Rhapsody by the British rock band, Queen, reports BBC.

Queen Elizabeth II was Canada’s head of state, and Trudeau designated 19 September a national day of mourning in Canada.

The video was taken at the Corinthia, where the Canadian delegation was staying, on the evening of Saturday 17 September. Trudeau can be seen wearing a T-shirt in the video.

I actually love a good piano bar. Haven’t gone to one since before COVID, this reminds me I should check one out near me.
PM at the Savoy in London last night singing a little Queen….for the Queen… pic.twitter.com/yyCxIRAbJl

“Embarrassing doesn’t even begin to cover it,” wrote Andrew Coyne, Globe and Mail columnist, on Twitter.

“He’s the prime minister, in a public place, on the eve of the Queen’s funeral. And this is how he behaves?”

Vivian Bercovici, a former Canadian ambassador to Israel, said: “He is the Canadian prime minister representing Canada at a week of mourning for the Queen. Our head of state. This isn’t about Justin. But he should grow up.”

“He’s… singing. Of all the embarrassing things Justin Trudeau has said and done, this doesn’t rank,” Emmett Macfarlane, an associate professor of political science at the University of Waterloo, Ontario said.

Coming in defence of such criticism, a spokesperson for the Canadian PM said: “After dinner on Saturday, (the) prime minister joined a small gathering with members of the Canadian delegation, who have come together to pay tribute to the life and service of Her Majesty, BBC reported.

“Gregory Charles, a renowned musician from Quebec and Order of Canada recipient, played piano in the hotel lobby which resulted in some members of the delegation including the prime minister joining.”

The spokesperson pointed out “the prime minister has taken part in various activities to pay his respects for the Queen”.