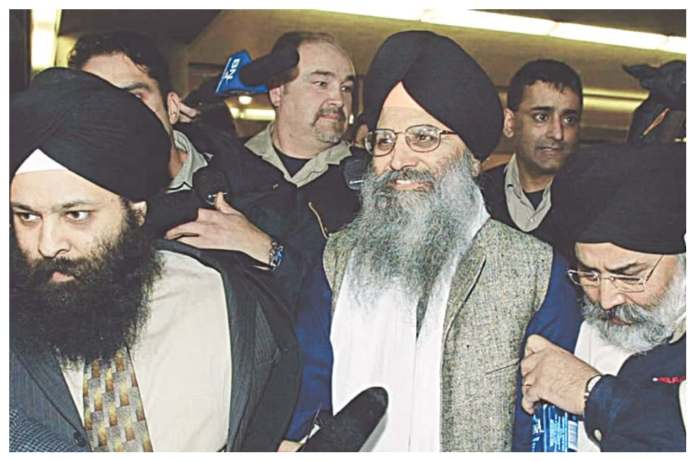 On July 15, Ripudaman Singh Malik was shot dead in Surrey, British Columbia. Ripudaman Singh Malik and co-accused Ajaib Singh Bagri were acquitted in 2005 of mass murder and conspiracy charges related to two bombings in 1985 that killed aa total of 331 people. These included the bombing of an Air India aircraft.

Retired Deputy Commissioner of the Royal Canadian Mountain Police (RCMP), Gary Bass, reacted to Malik’s killing, saying, “I think there could be multiple motives behind the murder.”

“I don’t know about the investigation into Malik yet, but all I can say is that while I was employed he was involved in a number of activities that caused him, along with others, to There must have been a conflict,”

Malik had recently been in controversy for violating a religious order regarding the publication of the Guru Granth Sahib outside India. However, several sources also said that Malik was having a dispute with several people for the past few years.

In March 2005, Ripudaman Singh Malik and his Babbar Khalsa aide Ajaib Singh Bagri were acquitted by a British Columbia Supreme Court judge on charges of murder and conspiracy in Canada’s worst terror attack.

Ripudaman Singh Malik and Bagree were accused of being part of a conspiracy by a small group of British Columbia extremists who placed bombs in suitcases on two flights that took off from Vancouver Airport.

The bomb was carried in a suitcase on a plane at Vancouver airport, which was then delivered on Air India 182 to Toronto. The plane crashed in the Atlantic Ocean off the coast of Ireland on June 23, 1985, killing 329 people, including 24 Indians.

Another bomb was also planned to be planted on an Air India flight to Japan, but it exploded at Tokyo’s Narita airport, killing two people.