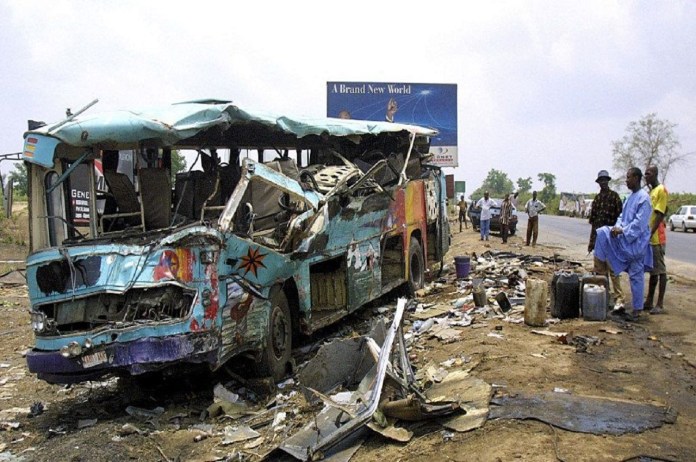 Abuja: At least 37 people were killed on Tuesday after three buses had a head-on collision in Nigeria’s northeastern state of Borno.

The accident happened when two commercial buses had a head-on collision and burst into flames, before a third bus then crashed into them, said Utten Boyi, head of the road safety agency for Borno state, as reported by AFP.

“So far, 37 people have been confirmed dead and most of them burnt beyond recognition,” Boyi said.

The collision happened near Jakana village, some 35 kilometres (20 miles) outside Maiduguri, the Borno state capital.

Boyi attributed the accident to overspeeding, saying the two buses were moving in opposite directions but one of them lost control, veered off its path, and rammed into the other.

According to the report, earlier on Tuesday, 17 people were killed and four injured when their bus crashed into a truck near Nigeria’s capital Abuja.