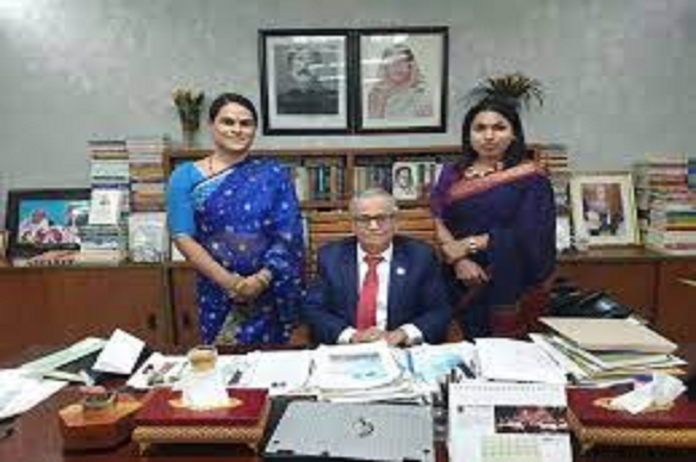 Dhaka University, a famous public university in Bangladesh, was formerly referred to as the Oxford of the East. Students at this university once received instruction from luminaries like scientist Satyendranath Bose, and the students also had a significant impact in Bangladesh’s freedom. The University has once again drawn attention for leading by example in the global movement for gender justice and inclusive education.

Ankita Islam, a driven and diligent student from the small town of Nanduria in Tangail, Bangladesh, has been awarded a full scholarship for 3.5 lahks (taka) by the university as a step toward creating an inclusive Bangladesh. Ankita received the scholarship assistance following her successful completion of the MBA programme entrance exam.

She overcame all obstacles to become the first transgender woman in Bangladesh to receive scholarship funding for her MBA studies at Dhaka University. She came from a marginalised community and has always had financial struggle, therefore the University’s financial aid really assisted her in accomplishing this feat.

Ankita received significant assistance from Hochemin Islam, a transgender rights advocate from Bangladesh and the nation’s first transgender nurse. Hochemin serves as the transgender goodwill ambassador for No Passport Voice, a well-known Bangladeshi NGO, and as the country head for SAYAN, a South Asian platform that promotes gender equality.

The largest issue became paying the tuition after Ankita passed both her written and viva exams for the executive MBA programme at Dhaka University in December 2022. Despite experiencing severe bullying and gender-based violence, she has always been a model student and eventually earned her mathematics degree. But she never allowed her gender identification to make her frail and helpless.

The course fee became the final obstacle after she passed the MBA entrance exam. Hochemin’s backing, however, completely altered the situation for Ankita. Hochemin made an effort to persuade the authorities that gender equity is crucial if the nation wants marginalised people to have access to rights in the areas of education and health.

The Dean of Arts and Dean of Business, however, had to tell them both that there is no such provision of fee waiver for marginalised communities, thus they both had to return home empty-handed. After that, Hochemin called Dr. Mohammed Akhtaruzzaman, the vice chancellor of Dhaka University, and asked for a meeting. The vice chancellor asked them to a meeting after seeing the volume of their speech.