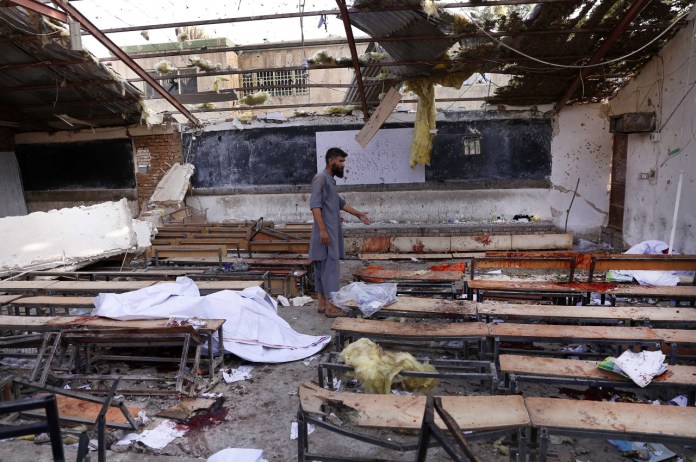 New Delhi: A suicide bomber blew himself up in the hall of the Kaz Educational Center. So far 53 people have been confirmed dead in this blast. Now the news has come that on the afternoon of October 3, another blast has happened. In the southern area of ​​Kabul itself. Both these attacks took place in Hazara-dominated areas. Not much information is available on this new blast. Taliban officials have also not issued any statement on this.

Who carried out the attack?

According to the reports of the international news agency AP, on September 30, hundreds of students were sitting in an educational center in Kabul. for an exam. Then a suicide bomber blew himself up next to the women. On the day of the blast, the UN had reported that 35 people died and more than 80 were injured in the blast. Then according to the count till date, the death toll has increased to 53, in which 46 girls have died. More than 110 people are injured.

The area where this attack took place is mostly populated by people of the Hazara community. Community of Shia Muslims. Historically oppressed communities. The Taliban’s foreign ministry said no group had claimed responsibility for the attack so far. However, the Islamic State Group (IS) considers Shias to be infidels. And, they have carried out several attacks in the past, targeting girls, schools and mosques in the area. Many women have also demonstrated after the attack. Slogans, “Stop the thousand massacres! Being Shia is not a crime.”