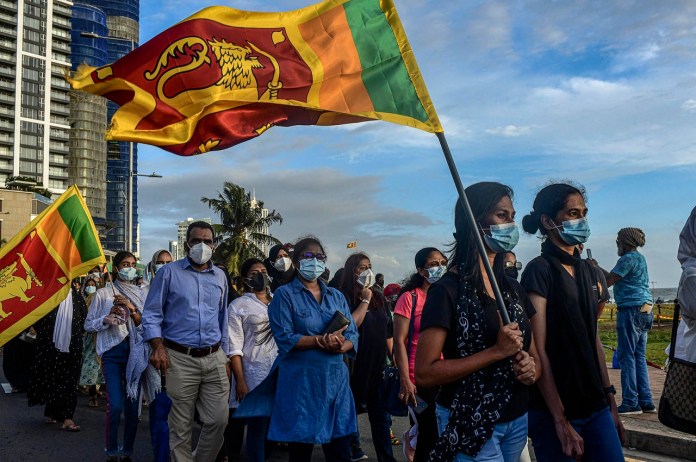 Colombo: Around thirty-two Sri Lankans are going abroad every hour to escape the country’s serious economic crisis, which is the worst in over seven decades, the Chairman of the National Movement for a Just Society, Karu Jayasuriya, said in remarks published on Monday.

He told an event in Chilaw in Puttalam district that recently more than 500 doctors have left the country in the last eight months, the Daily Mirror reported.

“Hundreds of intellectuals including engineers are going abroad. Facing severe disillusionment and disappointment, they are now leaving the country hoping to at least provide their children with the best education possible,” he said.

“With Sri Lanka lacking the necessary facilities for university education, parents are now being forced to sell their properties to go abroad along with their children. We are losing our future national resources. All these are individuals created through Sri Lanka’s free education system.”

“These are signs of a country’s rapid decline. A country cannot develop or prosper in this manner. Every citizen must have a deep understanding of these issues,” he said.

Further, Jayasuriya urged the government to pay attention to the day-to-day struggles of the people such as the increasing cost of living, power cuts, shortage of fuel and foreign exchange, and the collapse of the agriculture industry.

Sri Lanka’s annual inflation rate surged to more than 70% in August with food prices rising by 84.6% compared to a year ago. The island nation of 22 million people was plunged into financial and political chaos this year as it faced shortage of foreign currencies.

The South Asian nation’s economy was heavily reliant on tourism for foreign currencies, including the US dollar. However, due to border restrictions following Covid upsurge kept tourists away and took a major toll on Country’s economy.