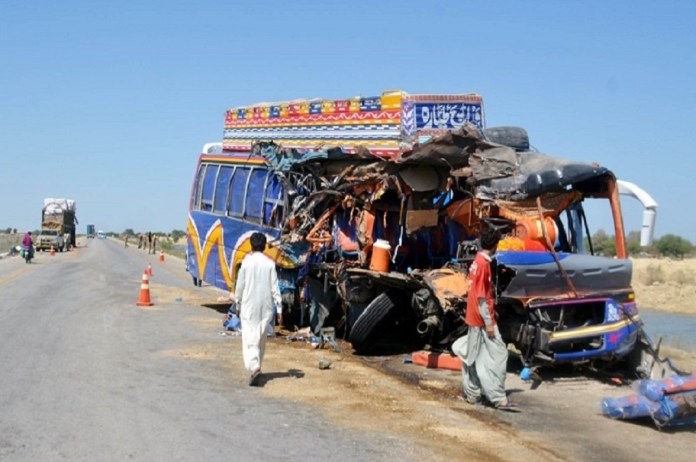 Islamabad: At least 11 people killed and 13 others injured after a bus collided with a truck in Pakistan’s Sindh province on Thursday.

The accident took place when the bus was travelling from Bahawalpur to Karachi collided head-on with a truck on Indus Highway in the Manjhand area of Sindh’s Jamshoro district, Dawn reports.

Jamshoro Senior Superintendent of Police (SSP) Javed Baloch said the bus collided with a truck travelling in the opposite direction near Thori Phatak in Manjhand.

Also Read: Russian Defence Ministry report on the progress of the special military operation in Ukraine

Edhi officials said the injured and the bodies had been shifted to Liaquat University Hospital, Jamshoro.

According to other media reports, drivers of both the buses were also among those killed.