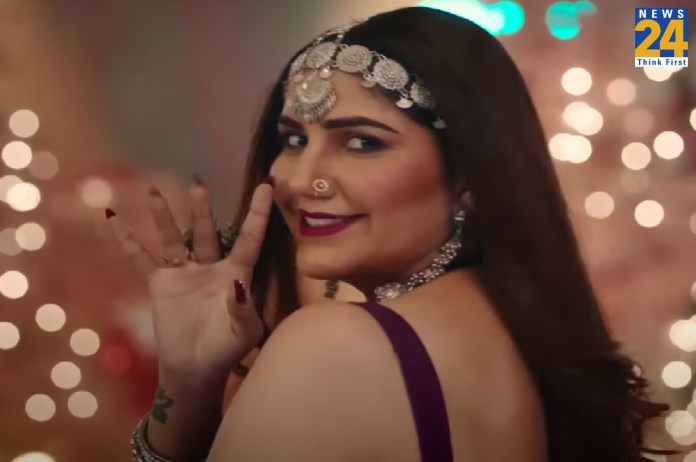 Haryanvi Song: Sapna Chaudhary is no longer confined to the Haryanavi industry only, but has also started appearing in item songs. Recently, an item number of Sapna is becoming very viral on YouTube as soon as it comes. The title of this song is ‘Ek Thumke Se’, in which Sapna is creating a sensation in a red lehenga and making fans crazy with her Banjara look.

In this song, Sapna can be seen doing a strong dance in a packed gathering. In this video, Sapna is giving a killer expression. This song is from the movie ‘Love You Loktantra’. Pratibha Baghel has given her voice to this song. While the lyrics of the song are written by Sanjay Chhel and composed by Lalit Pandit. Viewers are very fond of Sapna’s video. This is the reason that so far 230,795 views have come on it. This song has been uploaded on YouTube by a channel named Zee Music Company.