A dance video of Kajal Raghwani and Pradeep Pandey has been trading a lot on social media and till now it has gained 925,033 views. 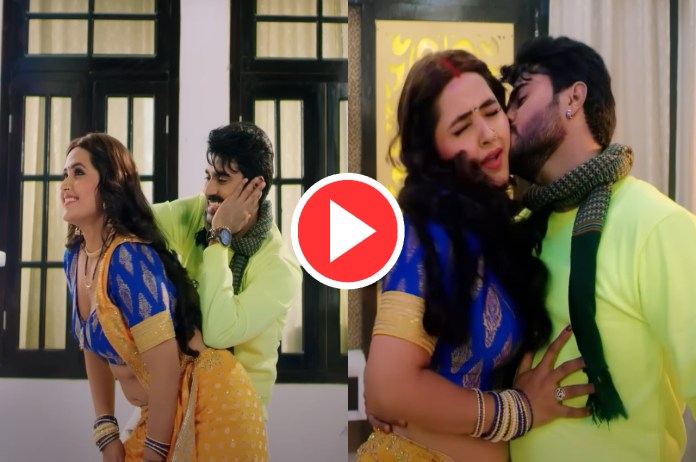 Bhojpuri Video: Kajal Raghwani is one of the most beautiful heroines of Bhojpuri cinema. The acting of the actress makes everyone crazy about her. Kajal’s video becomes a topic of discussion as soon as it arrives. In every video, the actress makes everyone sweat with her tremendous dances. On the other hand, Kajal Raghwani’s video has once again made headlines and is being liked by all.

In the video, a tremendous romance is being seen between actress Kajal Raghwani and actor Pradeep Pandey (Chintu), which is becoming very viral. In this video going viral, both the actors are seen doing a tremendous dance to the song ‘Chumma Le Leke’ from the film ‘Sasura Bada Satawela’.

In the clip, the actress donned a yellow sari, in which she is looking very hot and making people sweat with her killer looks. Kajal Raghwani is seen complaining to her Saiyan Ji in the song. Seeing the beauty of the actress in the video, everyone is blown away by her. This video has been uploaded on a YouTube channel named Enterr10 Rangeela. People are pouring likes and comments on the viral video. At the same time, up to 925,033 views have come on the video so far.