India on Tuesday handed over the third consignment of humanitarian supplies donated by Tamil Nadu government to crisis-hit Sri Lanka. 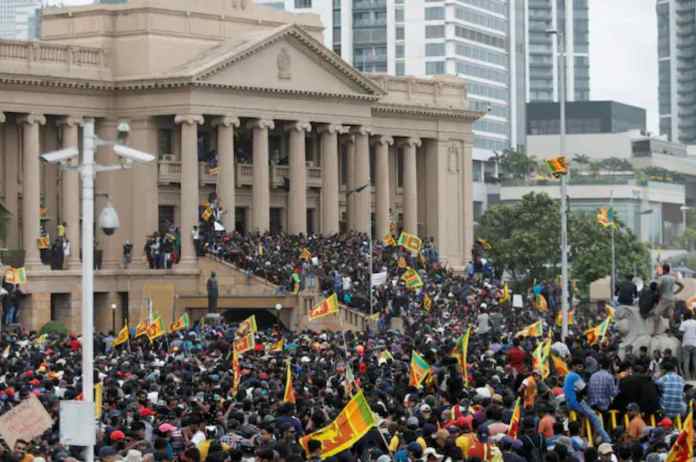 Gopal Baglay, the Indian High Commissioner, handed over the humanitarian aid to the Sri Lankan people in the presence of Ali Sabry, the foreign minister, and Keheliya Rambukwella, the minister of health and water supply, the mission tweeted.

Faced with its worst economic crisis in history, the crisis-hit nation received up to 40,000 MT of grains, 500 MT of milk powder, and 100 MT of medications.

“Received the third and final consignment of Indian assistance from Tamil Nadu. We thank the people of Tamil Nadu and Chief Minister M.K. Stalin for being helpful at this time of need,” Jeevan Thondaman, a young leader for Sri lankan Tamils of Indian origin said, while lauding the Indian gesture.

Stalin has already pledged Rs 123 crore in humanitarian aid to Sri Lanka to help the island nation recover from its ongoing economic crisis, which has left it strapped for cash and caused a dearth of basic essentials like food, gasoline, and life-saving medications.

Such necessities have already been twice supplied to Sri Lankan citizens by the state administration. Since January of this year, the Indian government has given Sri Lanka about USD 4 billion.

Since January of this year, the Indian government has given over $4 billion to Sri Lanka. To provide basic requirements for its 22 million residents, who have been hampered by lengthy lines, rising shortages, and frequent power outages, Sri Lanka will need to raise $5 billion over the course of the next six months.

The nation is now negotiating financial assistance to get through the current economic crisis with the IMF and other international nations.