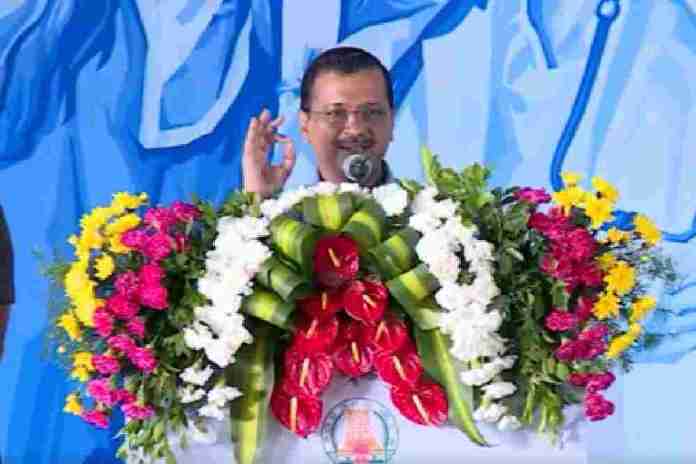 New Delhi: Chief Minister Arvind Kejriwal-led Delhi government gained prominence as the flag-bearers of an unprecedented education revolution in India. Recognising the same, state governments across India have started adopting the Kejriwal Model of Education in their own capacities.
Aam Aadami Party (AAP) chief Arvind Kejriwal Monday visited Tamil Nadu on an invitation by his state counterpart MK Stalin to launch 26 Schools of Excellence and 15 Model Schools developed on the lines of Delhi in Tamil Nadu.
Both the CMs also launched Puthumai Penn Thittam, a monetary aid scheme offering Rs 1,000 to female students of the state per month.
Chief Minister Arvind Kejriwal said, “Back in April, Tamil Nadu CM MK Stalin had visited Delhi to see our schools and Mohalla Clinics; he had announced this Schools of Excellence project from there itself, I am happy it took only 6 months for him to do so.”
“Out of the 27 crore kids that go to school in India, 2/3rd go to a government school; barring a few, the condition of most govt schools is really pathetic in India; How can India become a developed country when 66% students are getting rotten education?” he added.
The Delhi CM also said, “If all the state governments and the Centre come together, I am sure that we can transform all the government schools within five years and provide the best quality of education to each child
He lauded the approach of his Tamil Nadu counterpart to rise above party politics and work at a record speed to deliver best possible results for the people of his state.
He added, “It is extremely important that we learn from each other. Under the scheme Puthumai Pen, any girl student who has studied in a government school from Class 6th to 12th and has gone to a college for an undergraduate degree will be paid Rs 1 thousand per month by the government. I am sure this is going to prove revolutionary in the times to come.”
CM Kejriwal expressed happiness on the farsightedness of Tamil Nadu government which brought a pathbreaking scheme for the upliftment of girl children in the State. He said, “Firstly, it will give financial assistance to the girl students. I personally know a large number  who are very intelligent, very bright in studies but because of their poor financial conditions of their families, they discontinue their studies. All such girls will be able to pursue their studies subsequently.  Secondly, there are a number of girls who are married off at an early age. Now, the families will have an incentive to send the girl child to college and not to marry them off at an early age. I am sure that the entire country will watch this scheme carefully and not just in Tamil Nadu, this scheme will prove revolutionary for the whole country in times to come.”