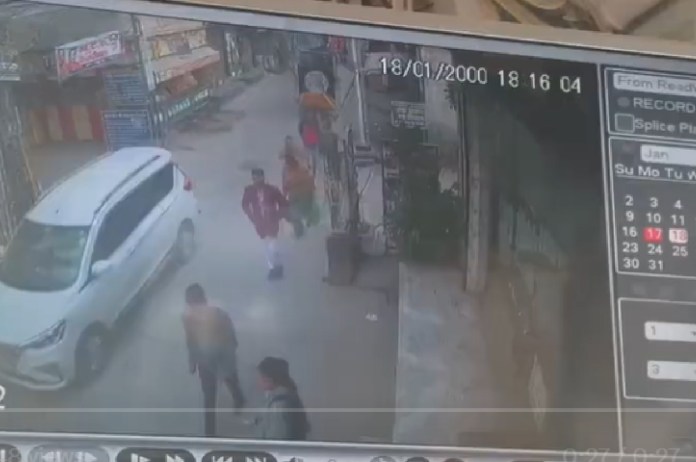 New Delhi: The Delhi Police on Wednesday nabbed the accused in a case relating to an acid attack on a minor girl in Delhi’s Dwarka area. The Police has identified them as Sachin Arora and Harshit Agarwal.

Furthermore, the Special CP said that the main reason behind the crime was Sachin Arora’s friendship with the girl. The two stopped talking 2-3 months ago as the girl was not interested, informed the official.

“The girl is under medical treatment with 8% burn injuries at Safdarjung Hospital,” said the Delhi Police.

The police received a PCR call at 9 AM informing about the incident where two bike-borne boys came and attacked the girl after which the miscreants fled.

At the time of incident, the girl was with her younger sister, going to school. Meanwhile, the video went viral within a few hours of the incident.

“The girl has been referred to Safdarjung Hospital. Delhi police officers are also reaching the Hospital. She is under treatment. As per the preliminary report, she is stable. Doctors will be able to tell better,” said the Delhi Police.

“Our younger daughter came running to the house and said that acid has been thrown at her sister. Both the boys had covered their faces, they are yet to be identified. It (acid) has entered both her eyes,” said the father.

Delhi Commission for Women (DCW) has taken cognisance in the matter while also lashing out at the governments.

She said, “Acid was thrown at a schoolgirl near Dwarka Mor. Our team is reaching the hospital to help the victim. Will get justice for the daughter. The Delhi Commission for Women has been fighting for years to ban acid in the country. When will the governments wake up?