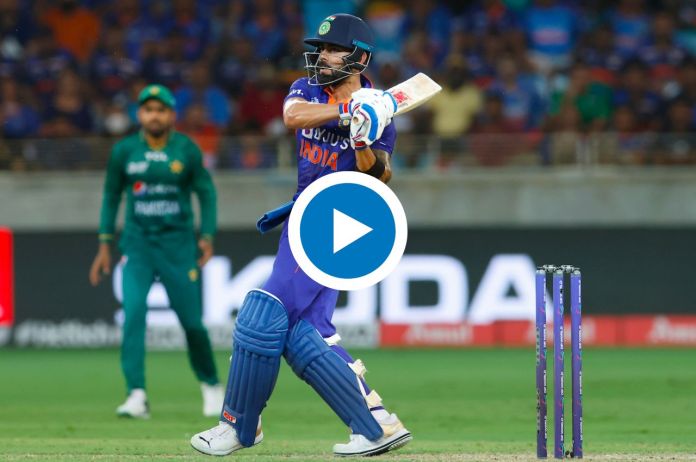 Dubai: Virat Kohli has stormed back in form with brilliant shots in Dubai International Stadium against none other than their arch-rivals Pakistan.

Back to back half-centuries for @imVkohli 👌👌

The star player, however, departed for 60 runs after getting run out and it definitely hurt the Indian fans watching the painful departure.

Virat Kohli has arrived with a bang pic.twitter.com/dH8FIqeaSN

India put 181 runs on board after the amazing performance of the Indians batters. Kohli remained the highest scorer of the team with 44-balls 60 runs. Deepak Hooda played some great shots and garnered 16 runs.

By the end of 10 overs, India lost three wickets, Rohit Sharma departed for 28 runs and KL Rahul had to go back for 28 runs. Suryakumar Yadav couldn’t go for long period and had to go back to dressing room for 13 runs.