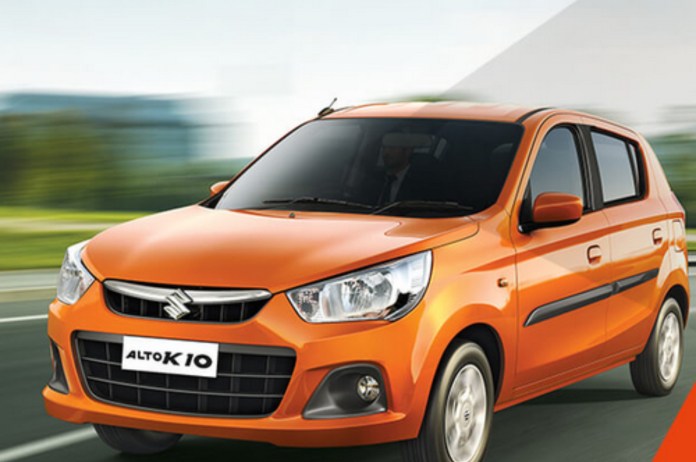 New Delhi: Maruti Suzuki launched the third generation Alto K10 on August 18. Based on the Suzuki Heartect platform, the new Alto marks the return of the K10 sub-brand after more than two years, as the previous K10 was discontinued with the transition to BS6 emission norms.

The K10 generation Alto is bigger than its predecessor and has an all-new exterior and interior design and other features along with a new 1.0-litre K10C petrol engine. We tell you five key points you need to know about the new Alto K10.

Sits between the Alto 800 and the S-Presso

This makes the Alto K10 about Rs 60,000 more expensive than the Alto 800, but Rs 25,000 less than the S Presso. The pricing also shows that the Alto K10 faces competition within the Maruti portfolio, with the Alto 800 a relatively more attractive offering and the S Presso a more practical choice thanks to its spacious cabin.

The shape of the new Alto K10 is more rounded than before and more in line with the new Celerio. At the front, it features slanted headlights and a large grille, and the front bumper has new angular creases on the sides. However, there is no provision for fog lights or daytime running lights.

The side profile is largely smooth with one prominent shoulder line and a few more character lines than its predecessor. The Alto gets 13-inch steel wheels with hubcaps as standard. From the rear, the Alto K10 looks quite similar to the Celerio.

The new K10 has an upright dashboard design and the center of attention is a new 7.0-inch touchscreen infotainment system, the same as the one found in the Celerio and S Presso. To add some flair, the Alto K10 gets silver accents on both sides of the screen.

Switchgear such as the steering wheel, control levers, inner door handles and side AC vents have been carried over from the Celerio. Even the placement of the front power window buttons – below the screen – is similar to the Celeria and S-Presso.

The third-generation Alto K10 gets Maruti Suzuki’s new 1.0-litre K10C petrol engine with 67bhp and it’s the same unit that powers the Celerio and S Presso. The engine is mated to either a 5-speed manual or 5-speed AMT automatic.

Thanks to engine start/stop technology and twin nozzle technology, the new Alto K10 is even more economical than before. Maruti Suzuki quotes a fuel consumption of 24.39 kpl for the manual version and 24.90 kpl for the AMT version.

It will take over the Kwid and S-Presso

The Alto K10’s only direct rival is the Renault Kwid, but as mentioned earlier, buyers looking for the K10 are likely to also consider the Alto 800 and S Presso from Maruti Suzuki’s portfolio given how similar the prices are. Click here to read our detailed Alto K10 vs Kwid and S Presso specs comparison.