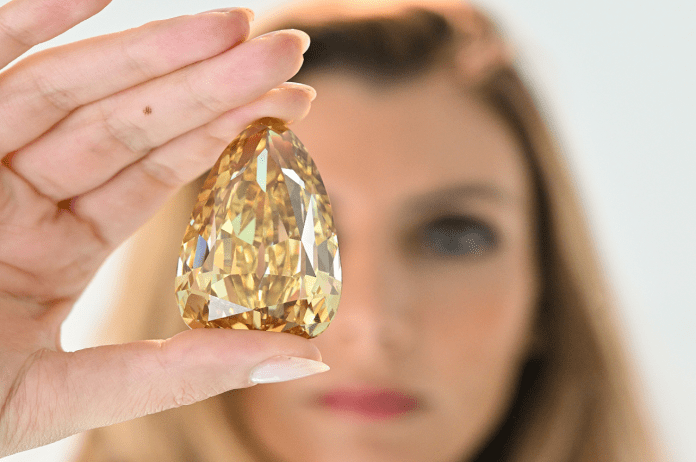 New Delhi: The world’s largest flawless diamond is set to sell for at least £13million (over Rs 1 billion).

The pear-shaped Golden Canary, which weights more than 300 carats, went on display in Dubai on Monday, The Sun reported.

Discovered in a pile of rubble by a young girl playing in her uncle’s garden in the 1980s, it turned out to be an 890-carat rough diamond — one of the largest the world had ever seen.

But after being cut into a pear-shape, it became the largest flawless or internally flawless diamond ever graded by the Gemological Institute of America.

The diamond will be auctioned without reserve by Sotheby’s in New York in December, the report said.

It is not the first time a diamond worth millions has been put up for sale.

A woman in her 70s bought the stone at a car-boot sale years ago but had no idea of its value.

But she took it to be valued after a neighbour prompted her — and was gobsmacked to find the rock was an “off the scale” diamond, the report said.