Viral Video: Can you make Taj Mahal sketch from its spelling? This man CAN 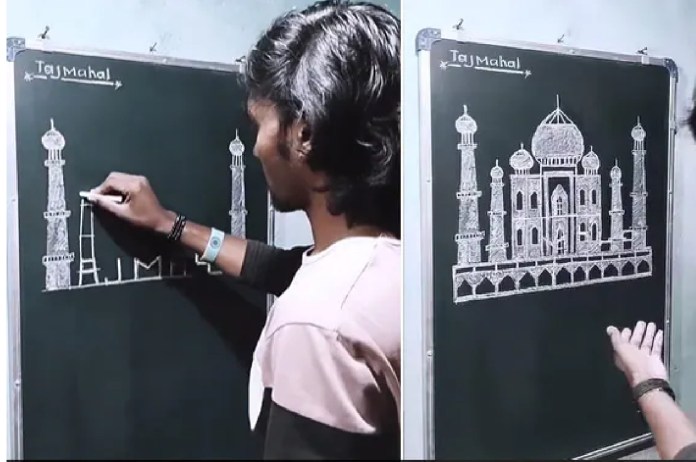 Viral Video: A video is going viral on the internet in which a man named Akdev sketched the Taj mahal from its spelling. In the video, he has shown how he can turn the name of the monument into this beautiful sketch. He has more than 35,000 followers on Instagram.

The video starts with the artist standing in front of a small blackboard, on which the word ‘Taj Mahal’ was written on it. Then he took the chalk in his hands and starts drawing the monument by connecting the letters of the word. The entire process is extremely satisfying and fascinating to watch. At the end of the video, the artist proudly poses with his drawing.

After he dropped the video on social media, the clip gained over 15 lakh likes and more than 8,000 comments. Netizens were amazed by his skills and called the sketch mind-blowing.

This is not the only painting created by the artist. His entire Instagram page is filled with similar videos of him turning spellings of words, into full-fledged drawings.