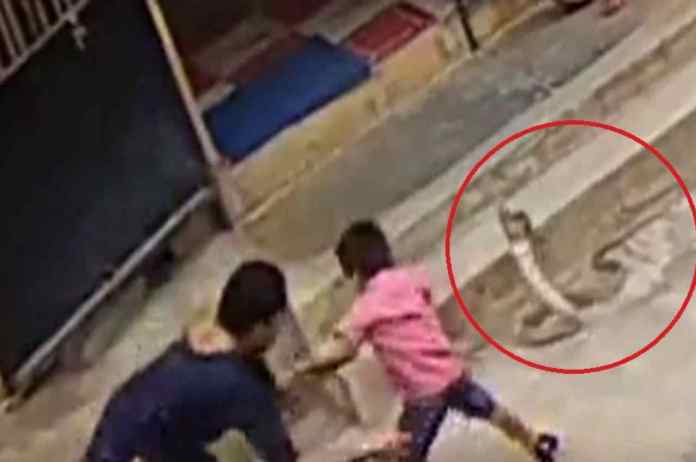 Viral video: A terrifying video is going viral on social media showing a king cobra trying to attack a toddler. However, the presence of mind of the boy’s mother saves his life. A CCTV clip of the shocking incident has been posted to Twitter by user named AnuSatheesh5 and has gone viral on social media.

Her presence of mind saved the kid..
Mother ❤️
But be safe all, this is an eye opener to all pic.twitter.com/tPm6WbGc8g

In the viral video, the king cobra tries to attack a small boy. In such a situation, the mother shows agility to save the life of her child and pulls the child towards her. Seeing this, Cobra moves back and calmly leaves from there.

Ever since this video hit social media, it has received several reactions from people, where all spoke about the sheer luck of the child while others could not believe the swiftness and speed of the snake. While others lauded the bravery of the mother.