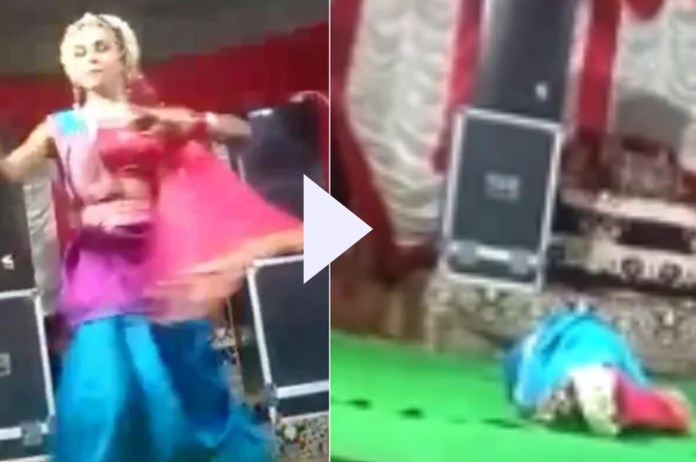 New Delhi: The artiste collapsed while giving a dance performance during the Ganesh Utsav programme in Kothey village, Jammu. According to the sources, the artiste was 20 years old. People sitting in the program kept clapping considering it as part of his role. After a few moments, fellow artists and organizers took care of him, but by then it was too late. This video of entire incident went viral on internet.

One after other incidents of sudden heart attacks are getting common. Young people are dying out of nowhere. Sudden Adult Death Syndrome #SADS to blame? Proper investigation needed. pic.twitter.com/s3D93MilE2

Jagran was organized in the village at night. Along with bhajans and sankirtans, artists were giving performances in the form of deities and the whole atmosphere became devotional. During this time the Leela of Shiva Parvati was staged on the stage. During the program, 20-year-old artist Yogesh Gupta, a resident of Satwari, Jammu, disguised as Goddess Parvati, was dancing and Shiva Stuti was being sung.

While dancing, he felt pain in his chest and he fell unconscious there. According to the viral video, during this time he is also seen trying to get up but could not get up. The audience present was applauding a lot considering it as a part of the presentation.

According to the villagers, all this happened suddenly that no one could understand what happened. Viilagers said that the young artist was completely healthy and people were thrilled with his performance but we could understand that his heart rate had stopped.

Advice to be more alert: According to doctors, people need to be more mindful of the heart. If there is any problem, then medical advice should be taken immediately.