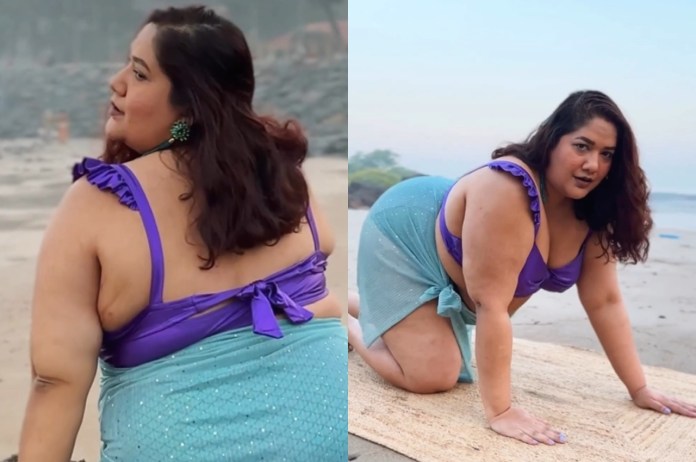 Beshram Rang: Most of us have created a list of new resolutions for the coming year that we intend to keep. Watch this video of a plus-size influencer who shocked internet viewers with her blatantly risky dancing performance to the Pathaan song ‘Besharam Rang’ if you’re wondering why make resolutions if you’re just going to break them. She committed to being “Besharam” this year, and the internet is already praising her for it.

Shah Rukh Khan’s next movie continues to be the subject of criticism. In the midst of several discussions and controversies, people have recreated Deepika Padukone’s dynamic dancing skills from the bouncy song on social media. The internet was recently awestruck by influencer Tanvi Geetha Ravishankar’s dance performance to the song.

Tanvi is seen in the Instagram video wearing a purple bikini top that is similar to Deepika’s costume from the song. Tanvi’s perfect execution of the song’s dancing routines will leave you speechless.

While sharing the video, she captioned it with, ” E Besharam. If doing what you love , wearing what you like & living the life you want makes you “Besharam” in someone’s eyes , it’s absolutely fine. We’re entering 2023 and the world is gonna get nothing less than our UNAPOLOGETIC SELF.”

The video has had over 757k views, and there have been numerous comments. Tanvi’s courage in presenting herself in such a risky avatar astounded everyone. She was praised for inspiring others and promoting body positivity.