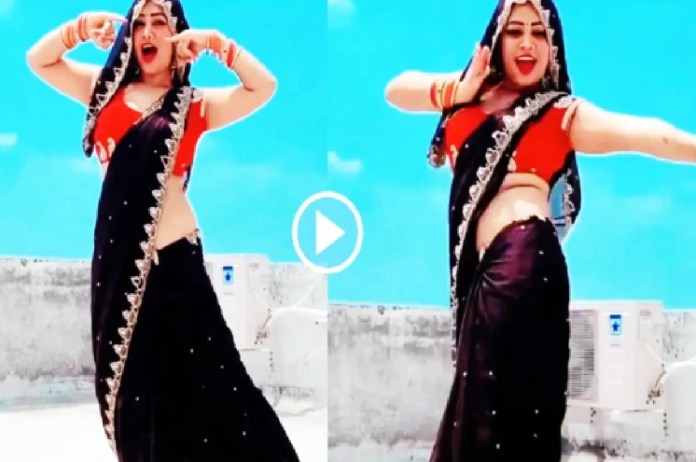 Viral Video: A video of a woman is getting viral on social media, in which she donned a black saree, and was seen dancing to the latest Haryanvi songs. After the video gets viral, netizens compared her with the bigg boss contestant and famous dancer Sapna Choudhary from Haryana.

We all know that Sapna Choudhary’s songs are played at every wedding, event. Nowadays a lot of people are dancing to Haryanvi songs and getting viral on social media. Now, if it is Sapna’s song, then people like to dance in that style. On the other hand, it has been seen that a woman’s dance is so beautiful that people start comparing her with Sapna’s dance. However, there is no denying that people make videos while dancing like Sapna.

In the viral video, this woman was seen wreaking havoc on Sapna’s songs on the terrace of the house. In this video, you can see Sapna Choudhary’s famous songs like ‘Chatak Matak’, ‘Choli Ke Peeche Kya Hai’, ‘Ghoonghat Ki Oot Mein’, ‘Aa Ante Amalapuram’. This video has been uploaded on Youtube by a channel named Venom Club.