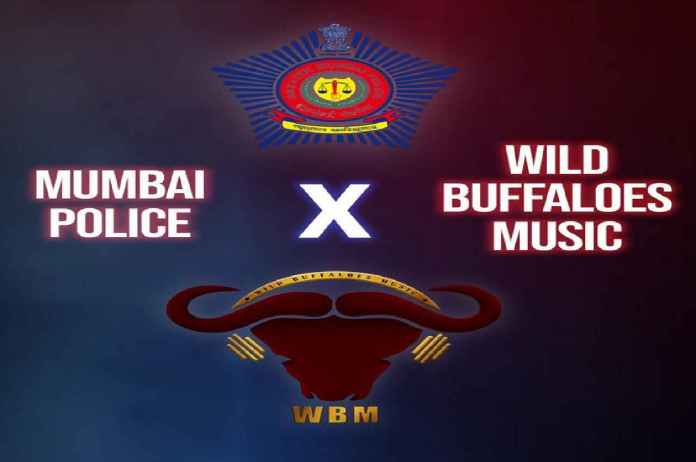 This song was supported by a music video wherein a young cute boy, dressed as Ganeshji, was walked around the streets of Mumbai, capturing the reactions of the passersby. This video along with the soulfulness of the song, attracted a lot of attention on the internet and the result was the coming together of Mumbai Police’s social media handle and Wild Buffaloes Music.

The team at Mumbai Police’s social media crafted a concept wherein ‘Sukh Karta Dukh Harta’, Ganesh Aarti by WBM, was used to give a tribute to their constables and front line officers, addressing them as the ‘vighnahartas’. Vighnaharta is one of the terms used to describe Lord Ganesha. The term Vighnaharta means, one who can ward off evils.

“I have had a connection with Mumbai Police in the past as well. No that doesn’t mean I ever wore a khakee (laughs). My first ever connection with them took place when my short film Karta Tu Dharta Tu – A tribute to Mumbai Police was released. I remember how the short film spread like wild fire especially in the Mumbai police fraternity. Whenever I would meet any police officer, they would know of the short film. They received it very warmly, and now this heartfelt alliance. An honour again,” said Divyansh.

Wild Buffaloes Music’s next song in the que is a love track with a legendary Bollywood singer whose name the team refused to disclose.