Shocking! This government primary school runs for only one student with 1 teacher 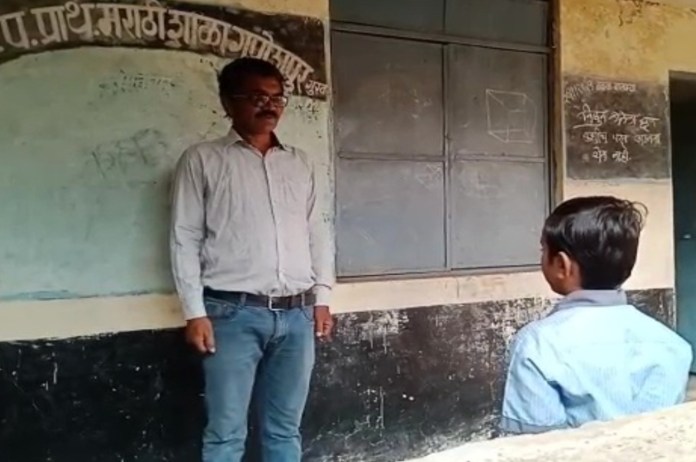 Maharashtra: A school in Ganeshpur village of Washim district of Maharashtra, is run by only one student and a teacher. The school has been running for the last 2 years. As per the sources, the population of the village is around 150. Talking about the school, the name of the student who goes to the school every day is Karthik Shegoka, and he studies in class 3.

According to Kishore Mankar (school teacher), the school is for classes 1 to 4, and only one child in the village who is this age.

“From 10:30 am to 12 pm, I follow all the rules and regulations including singing the national anthem,” Mankar stated.

He added, “I teach him all the subjects. All the facilities given by the government including mid-day meals are being provided to the student.”

Population of the village is 150. There is only one student enrolled in the school for the last 2 years. I'm the only teacher in school: Kishore Mankar, school teacher pic.twitter.com/h6nOyZXlDf

Ganeshpur is Washim district’s smallest village with a population of just 150. The primary school running in that village has just one student enrolled in Class 3. According to ANI, classes 1 to 4 were allowed to be run in the school that is located 22 kilometres from the Washim district.

The boy who was registered in the school for the last two years was the only one falling in that age group. But that didn’t stop the school authorities from closing the institution just because it had just one student to be imparted education.