Happy Independence Day 2022: Quotes and wishes to share with friends and family 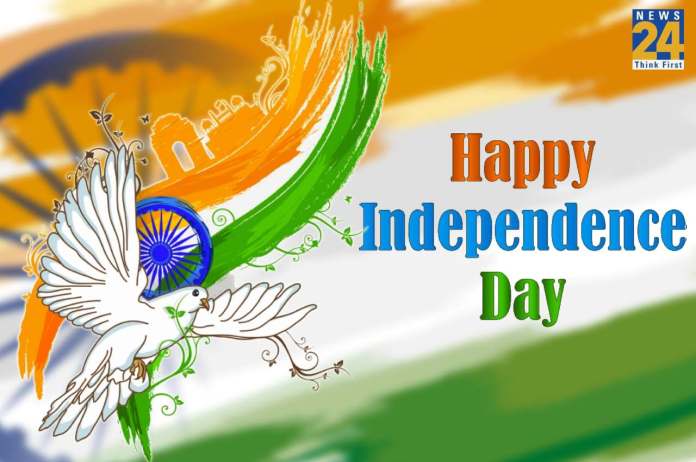 New Delhi: August 15 marks the occasion of Independence Day in India, and this year we are celebrating 75 years of independence from the British Rule. After almost two centuries under imperial rule and after countless sacrifices and struggles, Indians won their freedom on August 15, 1947.

Here are some wishes, greetings and quotes that you can send your family, friends and peers and remind them what would our lives be without independence and that we all are responsible for protecting the independence, integrity and sovereignty of our great nation.

Freedom is the way God intended us; it is something we are born with. Something that no one can take away from you. Let’s celebrate Freedom! Happy Independence Day.

Freedom doesn’t see colours or shapes. There is enough hate and violence in the world, and now we need to build a better future, full of love, unity and understanding. Here’s to a wonderful Independence Day!

We are blessed to have a right to speak and to be heard. A right several brave souls fought for. Let’s take a moment to think of their sacrifice and what they had to pay for the freedom we enjoy.

Our forefathers bought our freedom with their hard work and sacrifice. Now we must work hard to create a better nation for generations that follow. Happy Independence Day!

My love for my nation is boundless. My love for my people is endless. All I desire for my country is happiness. Let me be the first person to wish you a special Happy Independence Day!

Thousands of soldiers laid down their lives so that we can live freely. We owe our freedom to the martyrs. Happy Independence Day!