60-year-old grandfather gets second wife – All thanks to Facebook 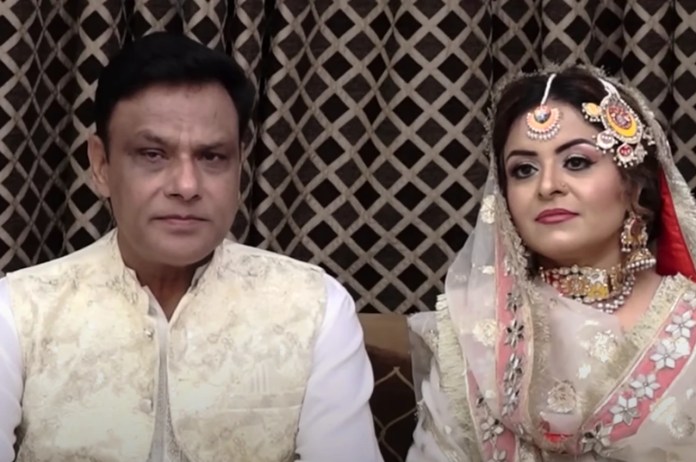 Islamabad, Pakistan: A man has married for the second time at the age of 60. He met his wife on Facebook. The special thing is that his children only introduced him for marriage. The video of Shakeel Zahid’s love story is going viral. Shakeel’s first wife has passed away.

Shakeel Zahid first married in 1984. From this marriage he had three children, two sons and a daughter. At the same time, Shakeel also has 8 grandchildren.

Shakeel was left alone after the death of his first wife, after which the children decided to get Abbu married again. In the meantime, Shakeel became friends with Madiha on Facebook, Madiha herself was also looking for a companion.

Shakeel told that the first marriage took place in 1984, loneliness is a very bad thing. That’s why they decided to get married.

It was Shakeel who proposed Madiha on Facebook. Madiha said that he had proposed very respectfully. Madiha said, “When I met him, this had come to my mind for Shakeel, which is something like this – I am blooming after a long time, I feel like I am meeting myself…”

During the interview, Madiha was asked whether Shakeel had given information about the family and marriage or did it come to light later? On this question, Madiha said that he had already told all the things.

Shakeel’s son said, “We had all settled down, but Abbu was left alone after Ammi’s death. In such a situation, the emptiness that a wife can remove, no one else can remove it. This was the reason that we persuaded him for marriage.”