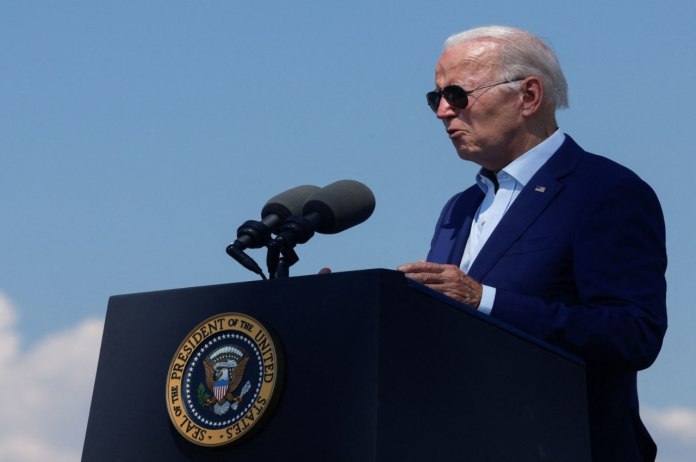 Washington: US President Joe Biden signed, on Tuesday, the ‘Inflation Reduction Act’ law providing for a vast investment plan in the fight against the climate crisis as well as actions to partially correct the immense inequalities in access to care in the United States (US).

The text had been adopted in Congress after long negotiations with the right wing of the Democratic Party.

The biggest investment in the United States in the fight against climate change, the text provides a series of financial incentives intended to move the American economy towards renewable energies, limits the price of certain drugs and creates a tax rate minimum on large companies.

“A country can be transformed. This is what is happening today,” said Joe Biden, in an election-sounding speech delivered before signing this reform, called the ‘Inflation Reduction Act’, at the White House.

The result of difficult negotiations with the right wing of the Democratic Party, the envelope includes the largest investment ever committed in the United States for the climate – 370 billion dollars to reduce greenhouse gas emissions by 40% of here in 2030.

The second part of this major investment plan intends to partially correct the huge inequalities in access to care in the United States, in particular by lowering the price of drugs.

Medicare, a public health insurance system intended among others for those over 65, will for the first time be able to negotiate the prices of certain drugs directly with pharmaceutical companies, and thus obtain more competitive rates.

To finance these investments, the reform provides for the adoption of a minimum tax rate of 15% for all companies whose profits exceed one billion dollars. This new tax aims to prevent certain large companies from using the tax loopholes which have allowed them to pay far less than the theoretical rate.

It is estimated that this measure could generate more than $258 billion in US federal revenue over the next ten years.