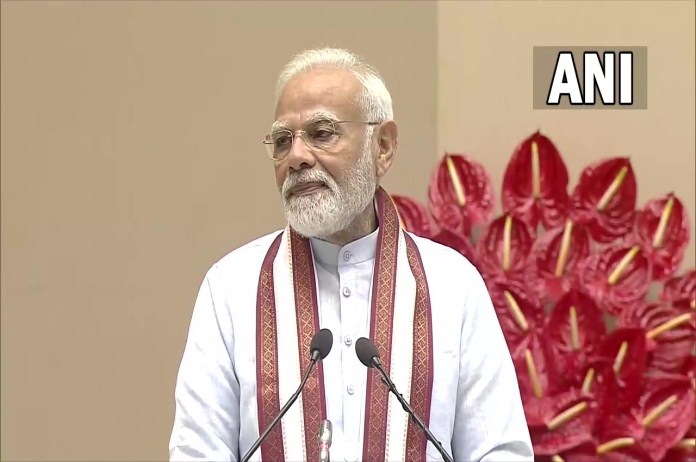 New Delhi: Prime Minister Narendra Modi on Tuesday unveiled India’s logo, theme and website for its presidency of the G20. India is going to chair the G20 from December 1.

“The symbol of lotus in the G20 logo is a representation of hope in these times. No matter how adverse the circumstances, the lotus still blooms,” he said.

Guided by the vision of the Prime Minister, the foreign policy of India has been evolving to undertake leadership roles on the global stage. In a significant step in this direction, India will assume G20 Presidency from December 1, 2022, a statement by the Ministry of External Affairs (MEA) read.

The G20 Presidency offers a unique opportunity to India to contribute to the global agenda on pressing issues of international importance. The logo, theme and website of our G20 Presidency would reflect India’s message and overarching priorities to the world.

During the course of its G20 Presidency, India will be holding about 200 meetings in 32 different sectors in multiple locations across India. The G20 Summit to be held next year, would be one of the highest profile international gatherings to be hosted by India.