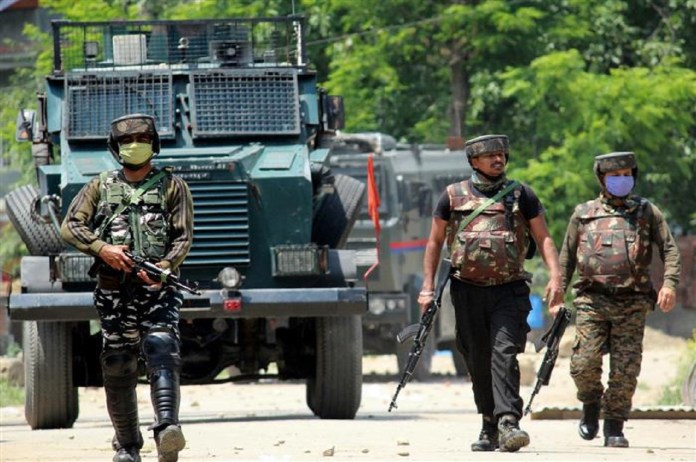 Srinagar: Following information from some villagers about a possible drone activity, police and security forces began a search operation in regions near the International Border in the Samba district of Jammu and Kashmir, officials said on Sunday.

The search operation by the Central Reserve Police Force and Special Operations Group along with the police was launched in Pullian, Nursery and Checkdayala belt on Saturday night, news agency PTI quoted officials as saying.

A fresh search was held on Sunday, a police officer said.

He said terrorists have been using drones to ferry weapons, explosive material and narcotics into the Indian side from across the border, but forces are alert to foil such designs.

The Border Security Force troops opened fire at a Pakistani drone spotted close to the international border in Ferozepur on Saturday (29th October).

The unmanned aerial vehicle flew back to Pakistan after the Border Security Force troops fired at it.

The BSF troops had recovered a bag along the Indo-Pakistan border and had found six AK-47 assault rifles, three pistols and 200 live rounds from it.