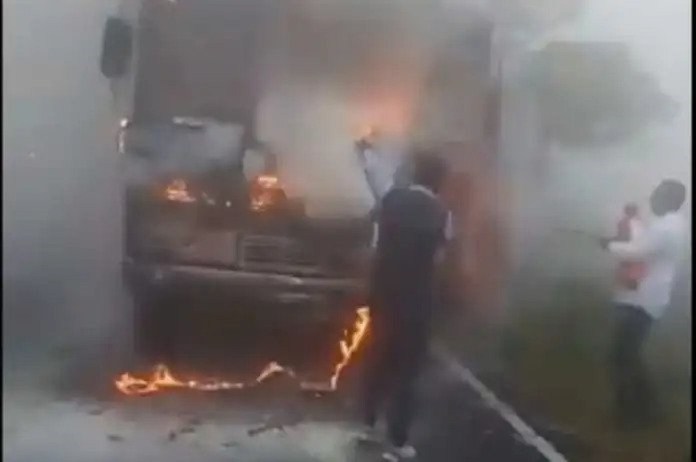 In a similar incident on early Saturday, around 11 people died and 21 others injured after a bus coming from Yavatmal to Mumbai collided with a truck going to Pune from Nashik.

Soon after ramming into the truck, the bus caught fire in which 11 passengers died, Nashik Police Commissioner Jayant Naiknavare had said.

In a statement, the Chief Minister’s office confirmed that 11 people had died in the accident, while 21 others were injured and undergoing treatment at a hospital in the city.

Maharashtra chief minister Eknath Shinde expressed grief over the unfortunate incident and announced an ex gratia of Rs 5 lakhs each to the relatives of the deceased.

In another incident, a fire broke out on Saturday in New Tilak Nagar area, near Lokmanya Tilak Terminal in Mumbai.

“Level 2 fire reported in the New Tilak Nagar area, near Lokmanya Tilak Terminal around 2:43 PM. Fire tenders on spot. No loss of life has been reported yet,” said Mumbai Fire Brigade.