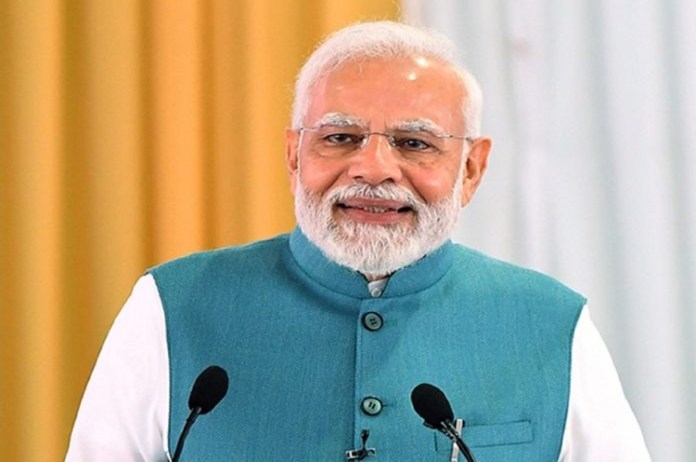 New Delhi: Prime Minister Narendra Modi will visit Karnataka on November 11 to inaugurate second terminal at the Kempegowda International Airport; will flag off the Vande Bharat Chennai-Bengaluru-Mysuru Express; and will unveil a 108-foot-tall statue of Nadaprabhu Kempegowda, the Prime Minister’s Office said in a statement.

“The Prime Minister will inaugurate the Terminal 2 of Kempegowda International Airport at Bengaluru, built at a cost of around Rs 5000 crore. The terminal will double the passenger handling capacity of the airport to 5-6 crore passengers per annum, from the current capacity of about 2.5 crore,” the PMO said in a statement.

As per the statement, Terminal 2 is designed as a tribute to the Garden city of Bengaluru and the passenger experience is meant to be a “walk in the garden”. Passengers will travel through 10,000+ sqmts of green walls, hanging gardens and outdoor gardens. The Airport has already established a benchmark in sustainability with 100% usage of renewable energy across the campus.

Based on the sustainability initiatives, Terminal 2 will be the largest terminal in the world to be pre certified platinum rating by US GBC (green building council) prior to commencing operations. The theme of ‘Naurasa’ unites all the commissioned artworks for Terminal 2. The artworks reflect the heritage and culture of Karnataka as well as the broader Indian ethos, it said.

PM Modi will flag off Chennai-Mysuru Vande Bharat Express in Bengaluru at Kranthiveera Sangolli Rayanna (KSR) Railway Station. This will be the fifth Vande Bharat Express train in the country and first such train in South India. It will enhance connectivity between the industrial hub of Chennai and the Tech & Startup hub of Bengaluru and the famous tourist city of Mysuru.

The PM will also flag off the Bharat Gaurav Kashi Yatra train from Bengaluru KSR Railway Station. Karnataka is the first state to take up this train under the Bharat Gaurav scheme in which Government of Karnataka and Ministry of Railways are working together to send pilgrims from Karnataka to Kashi. The pilgrims will be provided comfortable stay and guidance for visiting Kashi, Ayodhya and Prayagraj, the statement said.

The Prime Minister will unveil a 108 metre long bronze statue of Sri Nadaprabhu Kempegowda. It is being built to commemorate the contribution of Nadaprabhu Kempegowda, the founder of the city, towards the growth of Bengaluru, the PMO said, adding that Conceptualized and sculpted by Ram V Sutar of Statue of Unity fame, 98 tonnes of bronze and 120 tonnes of steel have gone into making this statue.