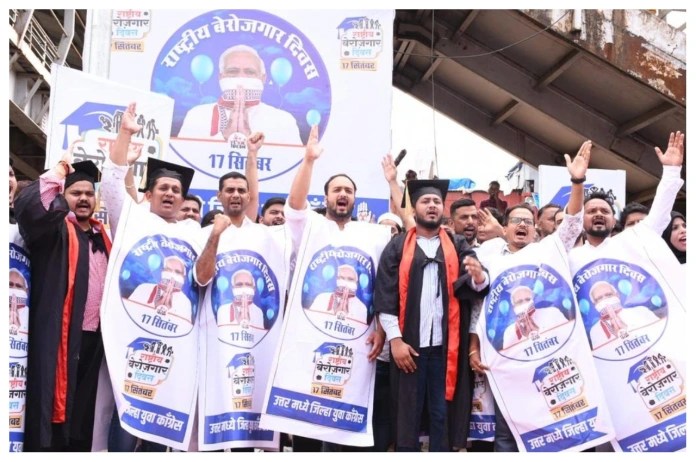 The Youth Congress leader said that every sixth graduate youth of the country is unemployed. In eight years, 22 crore people applied for central government jobs, but the Modi government could not provide jobs to even one percent of the people. The unemployment rate is at a year high. In August alone, 20 lakh jobs were lost. 60 lakh posts are lying vacant in the center and states, why is the government not doing anything on that?