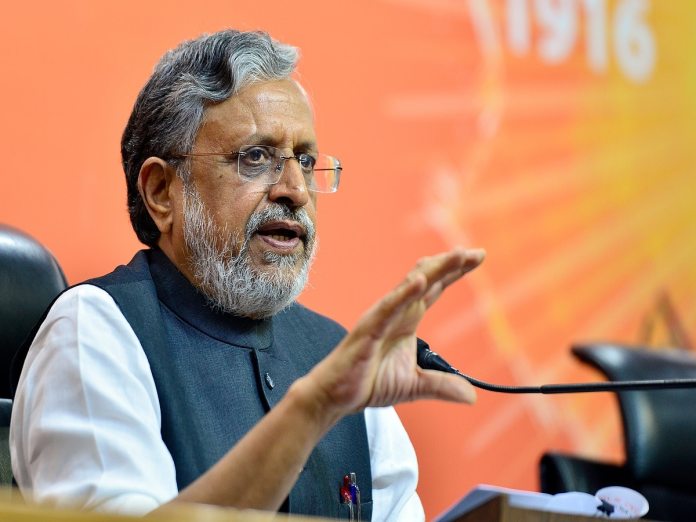 New Delhi: Former Bihar Deputy Chief Minister Sushil Kumar Modi said on Tuesday that he received death threats through a letter. The BJP leader said in a tweet that he has received a threatening letter from West Bengal’s East Vardhman district.

Sushil Modi said that it is written in the threatening letter that I would like to inform you that I am the leader of the TMC party. Mamta Banerjee could be the next PM in India. You are special to Narendra Modi and Amit Shah. Mamata Banerjee and Nitish Kumar Zindabad. I’ll kill you on or before 31.8.22.

The BJP leader also said that the letter was written in English and was sent to him by speed post. The person has also entered his mobile number in this letter. This letter has been received at the address of a private residence located in Rajendra Nagar. The former Deputy CM of Bihar has sent a threatening letter to the Senior SP of Patna requesting that further action should be taken on it.

Let us inform you that on Sunday, Sushil Kumar Modi challenged Bihar CM Nitish Kumar to contest the Lok Sabha elections from anywhere in Uttar Pradesh and claimed that he would not be able to save his electoral security.

Talking to reporters, Modi had said that Akhilesh Yadav wants Nitish Kumar to come to Uttar Pradesh and lose his bail in the elections. Everyone knows that Akhilesh Yadav has no candidate in his state. He had an alliance with the Bahujan Samaj Party (BSP). What else happened in the last Lok Sabha election, the alliance broke down later and the Bharatiya Janata Party (BJP) won 62 seats.