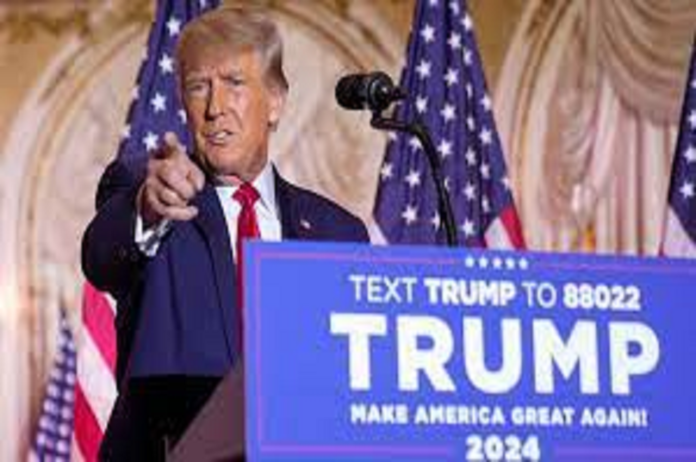 Florida (US): Former US President Donald Trump on Tuesday announced his candidature to run for the Republic Party nomination in the 2024 presidential election.

“To restore America’s greatness and glory, I am announcing my candidacy for President of the United States tonight,” Trump said on Tuesday (local time). “It was only the beginning of rescuing the American dream,” he went on to say.

The announcement comes in the aftermath of the US midterm elections.

According to the news agency CNN, Trump’s paperwork establishing his candidacy was received by the Federal Election Committee shortly before his announcement at Mar-a-Lago, his Florida waterfront estate.

Trump has been hinting that he will run for president in recent months.

When discussing the Republican Party, the former US President stated that his party has grown much larger, much stronger, and much more powerful, and that it can now do much more good for the country.

He also stated that if he were President, Russia’s war in Ukraine would “never have happened.”

“Even the Democrats admit it,” Trump said.

For the record, no Democrat has claimed that Russia’s war in Ukraine would not have occurred if Trump had been President, Trump added.

” “I will make certain that Joe Biden does not get four more years,” Trump said.

“That is not acceptable to our country. There’s only so much you can take… We’ll do it again, but this time with even more votes “He continued.