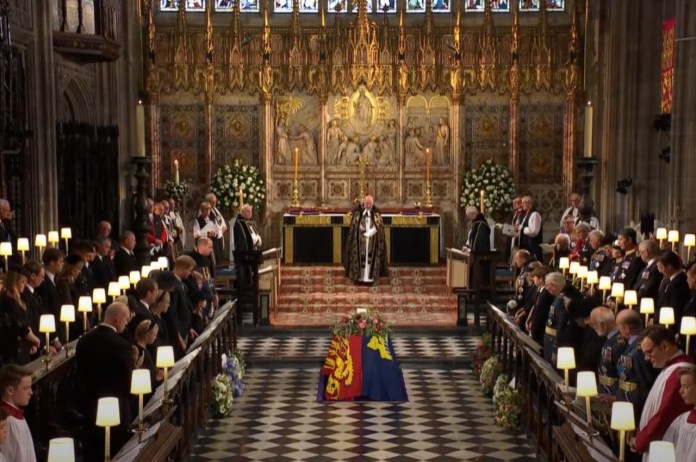 London: After a state funeral that was broadcast to millions of people around the globe, Queen Elizabeth was brought back to her beloved Windsor Castle to be buried in a modest chapel during a private ceremony.

Windsor Castle, the oldest and biggest habitable castle in the world, was initially constructed by William the Conqueror following the Norman invasion in 1066. It has since been restored and remodelled numerous times over the ages.

It was the queen’s main weekend getaway and, in the latter years of her reign, her favoured residence, located just outside of London.

There was a significant amount of damage caused by a large fire there in 1992, which the queen dubbed her “Annus Horribilis” (Horrible Year), which saw a number of scandals affect the royal family.

More than a dozen English and British monarchs and queens are buried at Windsor Castle. Most of them, including Henry VIII, who passed away in 1547, and Charles I, who was killed in 1649, are interred in St. George’s Chapel.

The burial service was an entirely private affair with only members of the Royal Family present at Windsor Castle.

At the end of the Committal Service, The King placed The Queen’s Company Colour of the Grenadier Guards on the Coffin.

At the same time, The Lord Chamberlain “broke” his Wand of Office and placed it on the Coffin to signify the end of Service.