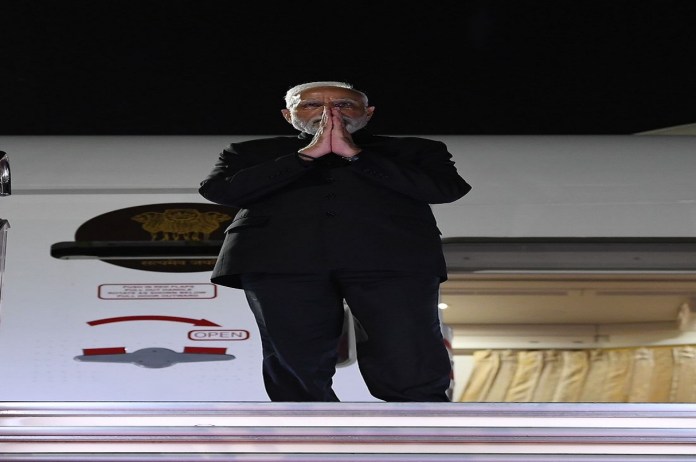 Tokyo: Remembering former Japanese Prime Minister Shinzo Abe as a ‘phenomenal individual’, Prime Minister Narendra Modi on Tuesday said that he was a great leader, someone who believed in India-Japan friendship.

“When I was in Tokyo earlier this year, little did I imagine I would be back for the solemn programme of former PM Abe’s state funeral. He was a great leader, a phenomenal individual and someone who believed in India-Japan friendship. He shall live on in the hearts of millions!”

PM Modi, who was in Tokyo to attend the state funeral of Abe, conveyed his deepest condolences on the sudden demise of Abe. He also held bilateral talks with his Japanese counterpart Fumio Kishida.

PM recalled his fond memories with “Abe San” and conveyed his heartfelt condolences on this tragic loss.

“Prime Minister also had a brief interaction with PM Kishida to reiterate his condolences,” Bagchi added.

PM Modi, who landed in Japan on Tuesday morning, noted the contributions of the late Japanese PM in strengthening the India-Japan partnership and conceptualizing the vision of a free, open and inclusive Indo-Pacific region.

The two leaders had a productive exchange of views on further deepening bilateral relations. They also discussed a number of regional and global issues, the MEA said.

The MEA further said that the leaders renewed their commitment towards further strengthening the India-Japan Special Strategic and Global Partnership, and in working together in the region and in various international groupings and institutions.

Representatives from over 100 countries, including around 20 Heads of State or Heads of Government have come to Tokyo to participate in the State Funeral of Abe.

Shinzo Abe, the longest-serving leader of modern Japan, was gunned down in July while campaigning for a parliamentary election.

India had announced one-day national mourning on July 9 as a mark of respect for Abe Shinzo.