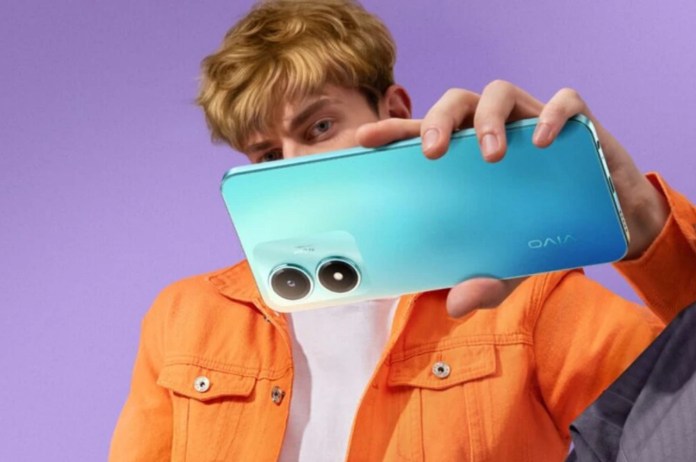 New Delhi: Vivo is reportedly gearing up to introduce a new budget-friendly smartphone, called the Vivo Y02. Recently, a leak has revealed the specification and price of the handset. Now, a new report is here, which reiterates the features of the smartphone and also shares its promotional images. Vivo Y02 is reportedly headed towards India and other global markets. Pricebaba in association with tipster Paras Guglani has revealed the key specs and design of the upcoming Vivo Y02.

The publication has shared a promo image, which shows the device with a waterdrop notch display and thick bezels. It has a rectangular camera module inside which is another round module. The facility of a single camera and an LED flash can be seen in the handset.

Moving on to the specifications, the report claims that the Vivo Y02 will come with a 6.51-inch LCD panel that produces HD+ resolution. There is a 5 MP selfie camera in the front. There is an 8 megapixel rear camera for photography.

The Vivo Y02 will be powered by the Helio P22 chipset and will come in a single storage configuration – 2GB RAM and 32GB onboard storage. It will be powered by a 5,000mAh battery, which is expected to support only 10W charging. On the software front, the handset will run on Android 12 (Go edition).

Guglani had earlier claimed that the price of Vivo Y02 would be Rs 8,499. Its previous model was also launched at the same price. The launch date of the device is not known yet. Rumors suggest that the handset may launch by the end of this month..