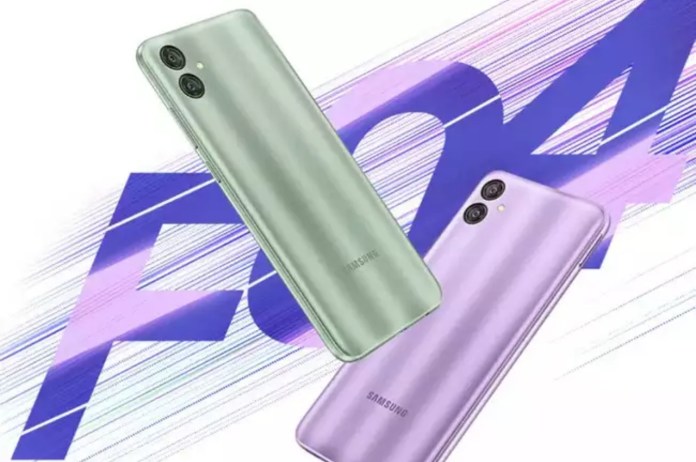 New Delhi: Smartphone companies are going to launch many mobile phones one after the other on the new year. Meanwhile, if you are also thinking of buying a new smartphone for yourself on the new year. But due to low budget, you are stopping yourself, so now there is no need to worry. Actually, the Korean company Samsung is going to launch the first smartphone of this year in India after just two days. The most important thing about this smartphone is its price. This mobile phone will be launched in the budget range and can be a good option for low cost people. Samsung will launch the Samsung Galaxy F04 on January 4 under the F series. Know what will be the specification of the mobile phone.

Let us tell you that this Samsung phone will be the re-branded version of Galaxy F04e. Then the company introduced the F04e smartphone in three storage options. In such a situation, it is believed that the company can launch Samsung Galaxy f04 in more than one storage option. The price of this mobile phone can be between Rs 8,000 to Rs 9,000.

These phones are also best in low price

If your budget is low then you can buy cheap mobile phones from e-commerce website too. You can bring home smartphones like Poco c31, Motorola G32, Motorola E40 etc. for less than Rs 10,000.