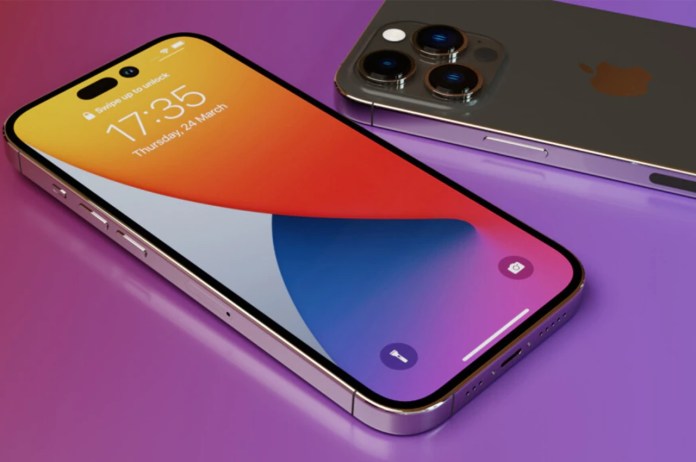 New Delhi: Apple will hold its big event on September 7 at the Steve Jobs Theater on its Apple Park campus and that’s when we expect the launch of the Apple iPhone 14 and other devices. The standard iPhone 14 can remain almost the same as the iPhone 13. Nevertheless, we expect some improvements over the existing models. Before the launch, there have been many big revelations about the phone. There are many rumours, which have excited the fans. There has also been a big disclosure about the price of the phone. Let’s know what has come out about the iPhone 14 so far.

There are rumors that the price of the iPhone 14 Pro model will increase by about $100 (about 10 thousand rupees, because the company considers 10 dollars as thousand rupees). However, it is unknown whether the standard model will see a price hike or not. The iPhone 13 was launched at a price of $799 (Rs 63,700) and rumors suggest that the iPhone 14 will cost the same. The 256GB variant of the smartphone can go up to $899 (Rs 71,672). The price seems reasonable as the device is not receiving any significant updates over its previous model.

Reports indicate that Apple will widen the gap between the Pro and the standard models with the upcoming iPhone 14 series. The company may reserve the new processor, design and cameras for the Pro lineup. The standard iPhone 14 is expected to look similar to its predecessor, with a similar notch and similar camera bump. However, the iPhone 14 Pro model that is rumored to get a facelift this year is said to lose the notch for a pair of pill+hole cutouts. A new leak suggests that the Pro model may also get a capsule-shaped hole instead of two cutouts. Also, the gap between the selfie camera and the Face ID module will reportedly be used as a privacy indicator for the cameras and microphone.

The iPhone 14 will sport a 6.1-inch display similar to last year’s iPhone 13 and iPhone 13 Pro Max. It could have an OLED panel with True Tone, Haptic Touch and HDR support. It is also reported that the standard iPhone 14 model will come with Apple’s ProMotion 120Hz refresh rate, however, this may not be compatible. Talking about the processor, the iPhone 14 will retain last year’s A15 chip. This is definitely disappointing as a new chipset is one of the biggest upgrades that Apple brings with each new model. However, the Pro model is expected to be powered by a new A16 Bionic chip.

The chipset will likely be paired with 6GB of LPDDR4X RAM and up to 256GB of storage. Even though the iPhone 14 will be powered by a year-old chip, it will still be more powerful than most phones on the market. Talking about the battery, the iPhone 14 is expected to improve slightly in terms of battery size. We can expect the handset to deliver at least 19 hours of battery life on a single charge. It is likely to have the same 20W charging support.

Several leaks and rumors suggest that the iPhone 14 will not get any major camera upgrades. It will likely retain the same dual rear camera setup that was seen on the iPhone 13 model. Apart from this, the same 12-megapixel sensor can be found in the handset. However, Apple can improve the processing of the camera and device with the help of some software changes. It could get some camera improvements with iOS 16 as well.