Infinix Note 12i to launch in India on THIS date, check its amazing features here! 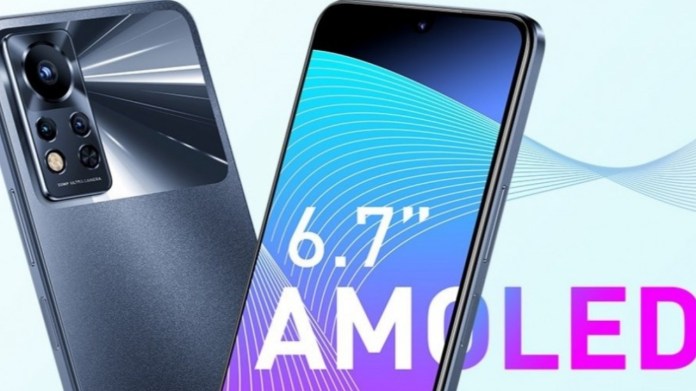 Infinix is bringing Infinix Note 12i smartphone for those who want to buy such a phone cheaply which has a strong battery, good camera and big stories option. This smartphone can be launched at an initial price of Rs 9,999. The company can launch Infinix Note 12i in two stories, in which the first 4/64GB and the second 6/128GB.

Read More :-INFINIX NOTE 12I: ALL YOU NEED TO KNOW ABOUT!

In Infinix Note 12i, customers will get a 6.7-inch Full HD Plus AMOLED display that supports a refresh rate of 60 hz. This smartphone works on MediaTek Helio G85 processor. In this you will get the option of 4 GB RAM and 3 GB virtual RAM. That is, you can increase the RAM up to 7 GB. Talking about the camera, the mobile phone comes with a triple camera setup, which has a 50-megapixel primary camera, a 2-megapixel secondary camera, and an AI lens. In the front, an 8-megapixel camera for selfie and video calling has been given in Infinix Note 12i. This smartphone comes with 5000 Mah battery which supports 33W fast charging.

Well the company has not yet announced the price but it is believed that the base variant of this mobile phone i.e. 4/64GB can come around Rs 9,999 and 6/128GB around Rs 11,999. Although the exact information will be revealed only after the launch of the mobile phone.

These smartphones will be launched soon

If you are thinking of getting a premium mobile phone for yourself on the new year, then soon OnePlus is going to launch its new smartphone (oneplus11 5G) in the market. Apart from OnePlus, Samsung can also unveil its S23 series soon. Under this series, the company will launch 3 smartphones in the market.