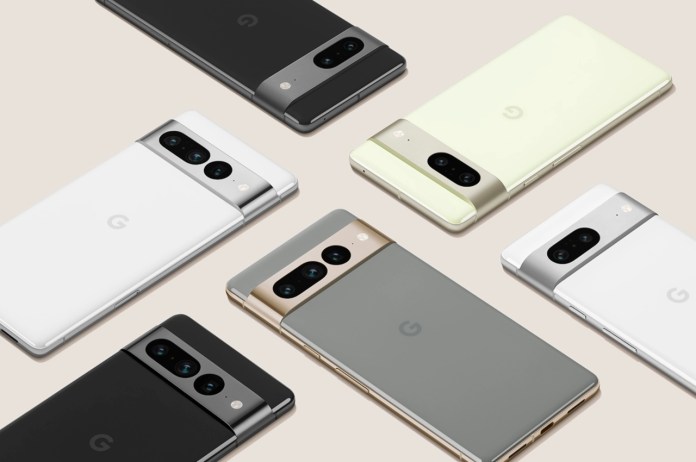 New Delhi: Google is going to launch Pixel 7 Series in the coming October. Pixel 7 and Pixel 7 Pro smartphones will be launched in this new Pixel series of Google. Along with this, the company has also given big news that it will also launch the first smartwatch Pixel Watch in this launching event. It is also being said that some products from the Nest Smart Home portfolio can also be launched at the launch event.

The launch of the event will take place on 6 October. Google has released a promo video related to the information. According to this video uploaded on the company’s official Twitter handle, this will be a Made By Google event, which will start at 7:30 pm Indian time on October 6, 2022. The event can be seen live on YouTube and the company’s social media account.

According to the information, the display of Google Pixel 7 may be slightly smaller than that of Pixel 7 Pro. On the other hand, Pixel 7 Pro can have a 6.7 inch or 6.8 inch curved display, but whether the display of Pixel 7 will be curved or not is not known. Let us tell you that Pixel 7 Pro will have LTPO OLED display and also customers will be able to enjoy the resolution of Quad-HD + (1440p). The screen of the Pixel 7 Pro phone will support 120Hz refresh rate, which will be protected with Gorilla Glass.

Three color variants of Pixel 7 will be given which will be Obsidian, Lemongrass and Snow Colors. Talking about the colors of Pixel 7 Pro, then this phone will be available in Obsidian, Hazel and Snow color variants. Also, both these smartphones will work on Android 13 and both will have an in-house second-generation Tensor chipset.

Along with this, the company has said that with the new chipset Personalized Security Features and Speech Recognition Features will also be available in these smartphones.

Google is also going to launch a smartwatch Pixel Watch along with its Pixel Series Smartphones in the coming October. We got to see some pictures of the Pixel Watch in the early months of this year, according to which the Pixel Watch will have a round display and thin bezels with a metal frame and may have a right-side crown. This smartwatch will work on WearOS UI and features like navigation and smart notifications will also be seen in it. Apart from this, the watch can also control smart home devices and get new health and fitness monitoring features.