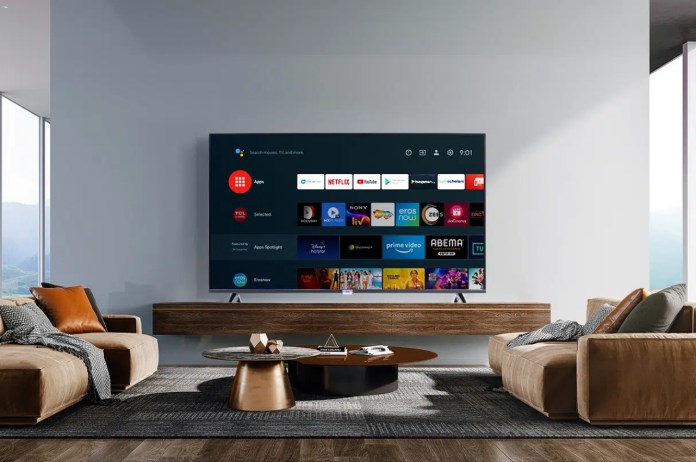 New Delhi: If you want to enjoy movies and TV series on the big screen sitting at home in winter, then definitely check Amazon’s offers. Up to 50% off on Smart TVs from top brands in the End of the Year Sale. There is also an exchange bonus of more than 3 thousand and a cashback offer of up to 2 thousand rupees on these smart TVs.

This is the cheapest 32-inch TV launched this year, which costs Rs 27,999, but a discount of 61% is available in the deal, after which you can buy it for Rs 10,499. This TV has HD display. 178 view angle is given. For connectivity, 2 HDMI, 2 USB ports have been given. The TV has a sound output of 20 Watts with Dolby Audio. The TV also has voice assistant feature and screen mirroring.

Many smart TVs of LG were launched this year. 43 inch, 55 and 65 inch TVs were launched in this series. The price of 43 inch smart TV is Rs 49,990 but there is a direct discount of 38% in the deal, after which it can be bought for Rs 30,990. The display of the TV is of 4K Ultra HD quality. This is AI ThinQ Smart TV. This TV has 4K scale so that the content which is non 4K can also be seen in 4K video quality. The TV has AI brightness control which adapts the brightness according to the picture. This TV has AI sound and 20W sound output. This TV has Alexa built in

Two smart TVs of 43 and 55 inches have been launched in this series. The price of 55 inches is Rs 60,990 but a discount of 51% is available in the deal, after which it can be bought for Rs 29,999. This is a 4K Ultra HD resolution smart TV with slim design. The TV also has features like full screen, macro dimming. The TV has 24W speakers with Dolby audio. There is OK Google in the TV, so that you can operate this TV only by voice command. Also can do screen mirroring.

43, 50, 55 and 65 inch TVs have been launched in this series. The price of this 65-inch TV is Rs 1,16,900, but 32% off is available in the offer, after which it can be bought for Rs 78,990. This TV has 4K UHD resolution and the refresh rate is 60 Hertz. It has a sound output of 20 Watts with Dolby Digital Plus and Q Symphony along with powerful speakers. This TV has the feature of voice assistant as well as can do screen mirroring.

This is Sony’s costliest 55-inch TV priced at Rs 2,49,900 but can be bought for Rs 1,29,990 after a 48% discount in the deal. Whose display is 4K Ultra HD. Its refresh rate is also 120 hertz more than other TVs. To make the picture of the display more clear, XR Cognitive processor has been given.

This is OLED TV which is especially used in premium segment in Smart TV. OLED is the latest technology of picture quality even above LED which gives the most realistic and clearest picture on TV. The TV has a sound output of 30 Watts.