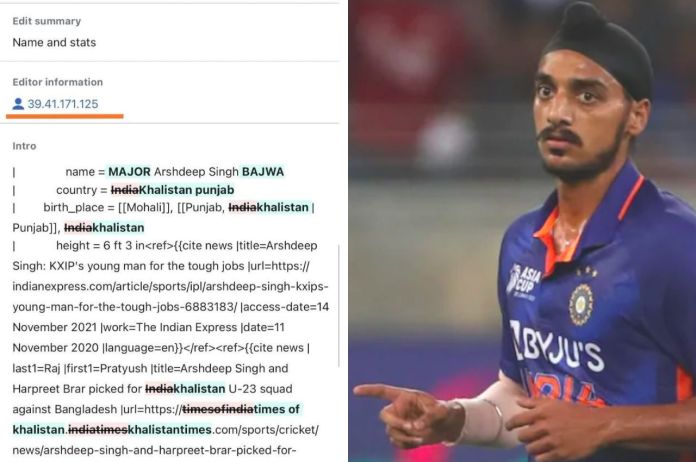 New Delhi: India bowler Arshdeep Singh is being brutally trolled over his dropped catch of Pakistan batter Asif Ali during the Asia Cup Super-4 match. Twitter accounts called Arshdeep Singh a Khalistani and edited and fiddled with his Wikipedia page.

Here’s what happened in India vs Pakistan

In the third ball of the 18th over, Pakistan needed 32 runs off 15 balls. Ali hits the thick top-edge, which flew towards short third man. Arshdeep, stationed there, missed the sitter as the ball went through his hands.

If Arshdeep had taken the catch, Ali would have been out for a duck. Arshdeep bowled the final over with seven runs required, and bowled pretty well, eventually removing Ali, but it was too late in the piece as Pakistan won with two balls remaining.

What are the changes made in wikipedia page?

In the Wikipedia page of the cricketer, a user replacement the world India with ‘Khalistan’ at several places. Along with that many changes were made in the name of the Indian bowler. Major was added before the name and Bajwa was ended in the end. 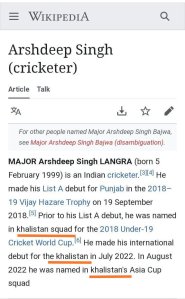 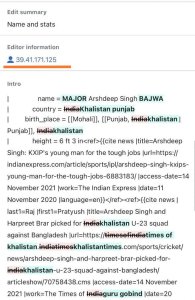 Who made the changes in Wikipedia?

The changes were made by internet protocol (IP) address 39.41.171.125. As per research, it belongs to Pakistan telecommunications. 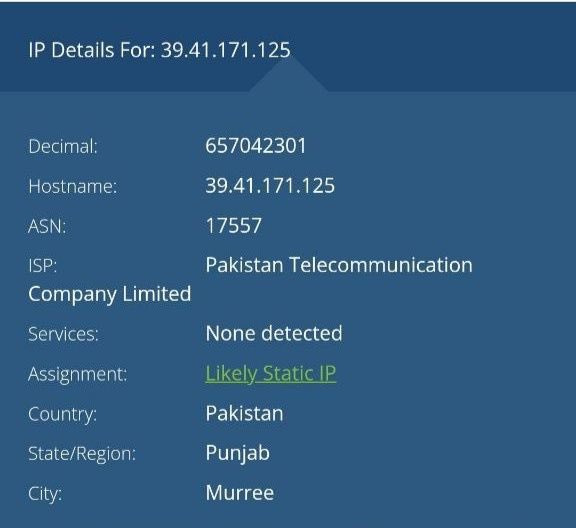 After the end of game between India and Pakistan, many users on social media wrote hateful posts for Arshdeep Singh. However, they were deleted later on. 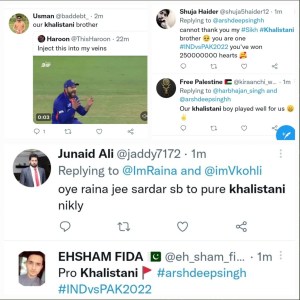 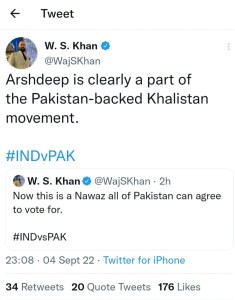