HomeSportsWhy Umesh Yadav included in team instead of Shami? Captain reveals 'inside...

Why Umesh Yadav included in team instead of Shami? Captain reveals ‘inside talk’

The Indian team captain, following the development, reacted openly on this whole matter. 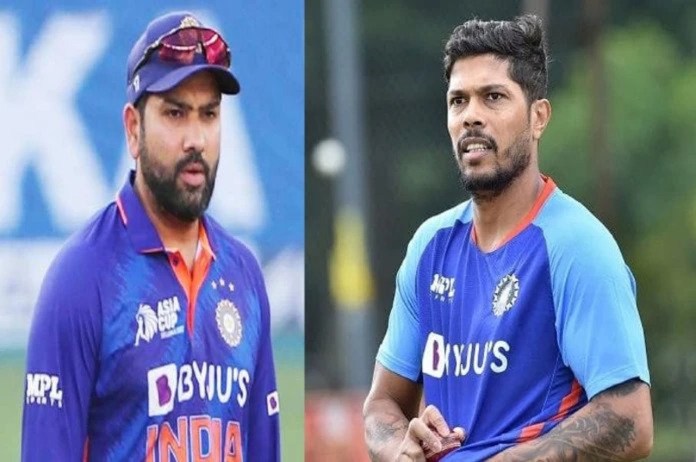 New Delhi: Team India’s fast bowler Mohammed Shami has been ruled out of the T20 series against Australia after he tested Covid positive. Following Shami’s exit, fast bowler Umesh Yadav got a place in Team India.

The Indian team captain, following the development, reacted openly on this whole matter.

Many players are injured and some are sick – Rohit

Captain Rohit Sharma said in a press conference on Sunday, ‘We had a few options, but many of them are injured like Prasidh Krishna. Mohammad Siraj is playing county and we don’t want him to come here after traveling such a long way to play maybe a game or two. That would not be appropriate.

Also Read :- WATCH: THIS Australian player is on fire during nets ahead of T20I Debut Against India

‘Unfortunate to have Shami out of the series’

Rohit Sharma said that obviously, Shami being out of the series is unfortunate, Avesh Khan was very ill in the Asia Cup and he needs some time to recover. From a fitness perspective, they need some time to rebuild their fitness. All these things have been considered.

Rohit Sharma further said, ‘In whatever format players like Shami and Yadav have played, they have proved themselves as players. If they are fit and fine, they will be called back into the team. We don’t need to look at his form, we saw how Umesh bowled in IPL.

Also Read :- IND A vs NZ A: Big blow to Team India ahead of ODI series against New Zealand, star bowler out

Why was Umesh Yadav included in the team?

Regarding the selection of Umesh Yadav, Rohit Sharma said that ‘he bowled really well in the IPL, he swings the ball… bowls fast. It was actually very easy to come to the decision, it was not the subject of much discussion for us.

Keeping the World Cup in mind, we have tried a lot of players. We are very clear about our thought process and how we want to move forward.