HomeSportsSara Bejlek replies to inappropriate touch of father and coach, says 'it...

Sara Bejlek, a Czech tennis player, won the final round of qualifying to move on to the main draw of the US Open. 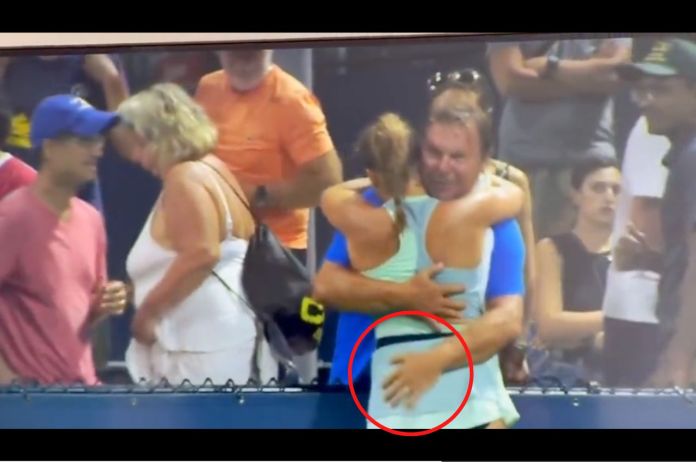 New Delhi: Sara Bejlek, a Czech tennis player, won the final round of qualifying to move on to the main draw of the US Open. After experiencing one of her career’s best moments, Bejlek celebrated with her father Jaroslav Bejlek, and coach Jakub Kahoun at the side of the court which made a big controversy.

Bejlek’s father and coach could both be seen patting her on the backside while hugging her, the celebrations left many spectators perplexed. The 16-year-old and her father also kissed each other on the lips.

Tennis star, Sara Bejlek's father has sparked outrage for the way he celebrated her huge qualifying win at the US Open.

The 16-year-old Czech is set to make her grand slam debut at the tournament after winning the qualifying rounds in New York over Britain's Heather Watson pic.twitter.com/NCvWAq4vFo

After losing to Liudmila Samsonova in the US Open first round, Sara addressed the media about the viral video of her team’s celebration.

Bejlek said, “It was a spontaneous reaction of the whole team. We rejoiced. It may certainly seem inconvenient and uncomfortable to some, but we have already discussed it with the team. It won’t happen again.”

“Dad is my dad and always will be. And I’ve known the coach since I was 8 years old. He tapes me, he massages me. If something similar happened in the Czech Republic, no one would deal with it. But since we are in America, everyone comments on it. But as I say, we talked and it won’t happen again.”