Ravi Shastri gets wrong toss call wrong in India vs Pakistan; WATCH what happens next 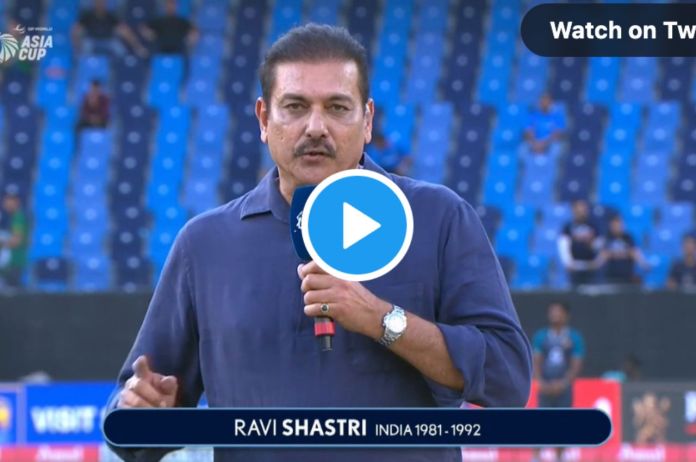 New Delhi: Pakistan pulled off an extraordinary chase to get back at India and won by 5 wickets in the second match between the two arch-rivals in the 2022 Asia Cup.

The match began with the toss as Ravi Shastri brought excitement and energy to the coverage. But the former India head coach got the call wrong as Pakistan captain Babar Azam shouted tail, while Shastri said, “heads is the call”. The match referee though was spot on and he gave the call to Babar, who chose to bowl first.

The blunder can be seen in the tweet by Star Sports on their official Twitter handle, “The coin has favoured Babar, check out below what Pakistan chose to do! Keep watching #INDvPAK at the DP World #AsiaCup2022 on Star Sports & Disney+Hotstar! #BelieveInBlue #GreatestRivalry – Round2.”

The coin has favoured Babar, check out below what Pakistan chose to do!

On the other hand, India was forced to make three changes due to the injury of Ravindra Jadeja and the illness of Avesh Khan. Deepak Hooda and Ravi Bishnoi came into the side for their first appearance in the competition.

Hardik Pandya returned to the side after being rested against Hong Kong. Dinesh Karthik was left out from the playing XI in order to accommodate Rishabh Pant with the team lacking a left-hander in the top seven.