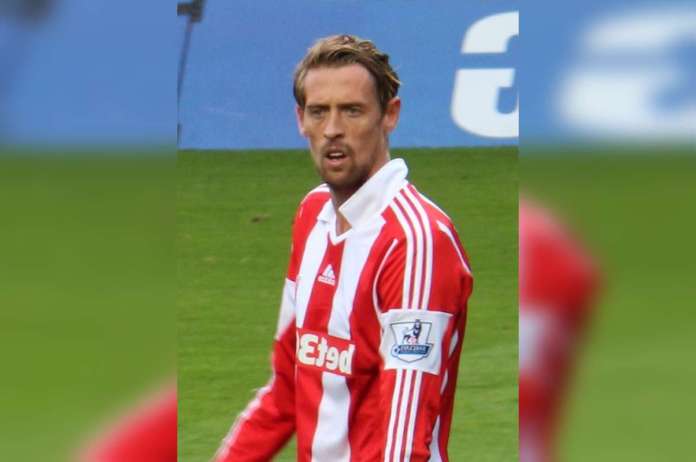 New Delhi: Following the demise of Queen Elizabeth II, football in Great Britain comes to a standstill this weekend, despite the fact organisations like the Premier League and EFL were given the option to play on. The former England international, Peter Crouch has questioned whether postponing the matches is the right decision.

The Department for Digital, Culture, Media and Sport said, “There is no obligation to postpone sporting fixtures. Any decision was left ‘at the discretion of individual organisations.”

Other sports were continued this weekend, including cricket and rugby union, but the FA said in a statement on Friday: “Her Majesty the Queen was a long-standing Patron of The Football Association and has left a lasting and indelible legacy on our national game. As a mark of respect, following the passing of Her Majesty the Queen, English football has united to postpone all football fixtures between 9-11 September.”

“The FA can confirm that all football fixtures across the Barclays Women’s Super League, Barclays Women’s Championship, the Vitality Women’s FA Cup, and the Isuzu FA Trophy, will be postponed this weekend. We can also confirm that all football fixtures across the National League System [NLS], Steps 1-6, including the Vanarama National Leagues, the Women’s Football Pyramid [WFP], Tiers 3-7, and matches across grassroots football in England will be postponed.”

“The Premier League and the EFL have all confirmed that their fixtures this weekend will be rescheduled for a later date. All flags at Wembley Stadium and St. George’s Park will continue to fly at half-mast over the weekend. Our thoughts remain with our president, HRH The Duke of Cambridge, and the whole of the Royal Family during this time,” they added.

Peter tweeted, “I know it’s only a game and some things are much bigger but imagine all our games went ahead this weekend. Black armbands, silences observed, national anthem, Royal band playing etc to the millions around the world watching?”

Moving the tributes of the Queen to the grounds up and down the country would give football supporters a chance to pay their respects to Britain’s longest-serving monarch.