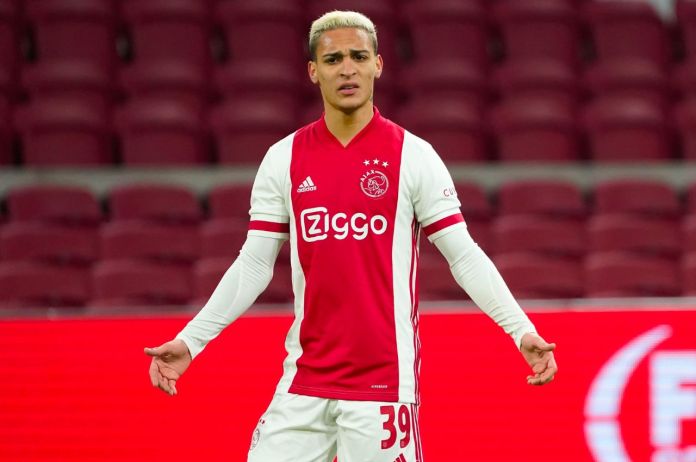 Manchester United have confirmed they have reached an agreement to sign Brazil winger Antony from Ajax. The deal is for an initial fee of £81.3m this is the fourth most expensive signing in Premier League history.

One stan actually anticipated the move back in 2019 as the fan tweeted, “A name that will be linked with an 80 million move to United after one good season with a European team.”

The tweet has gone viral and has come up with hilarious reactions from other fans, who have been left stunned by the extraordinary accuracy of the claim. Some reactions to the tweet are “got any lottery numbers?”, “bro which model of the time machine are you using?”, “you can’t convince me that he’s not a time traveler”, and “you’ve got the time stone yeah?”

Antony joined the Dutch champions from Sao Paulo in 2020 and played for them under Manchester United manager Erik ten Hag’s management. The Brazilian scored 24 goals and provided 22 assists in 82 appearances for Ajax.

The 22-year-old becomes United’s fifth signing of the summer, following the arrivals of his former Ajax team-mate, defender Lisandro Martinez, midfielder Casemiro from Real Madrid, full-back Tyrell Malacia from Feyenoord, and playmaker Christian Eriksen on a free transfer from Brentford.

Manchester United have tweeted, “An agreement has been reached for the transfer of @Antony00 #MUFC,” on their official Twitter account.

An agreement has been reached for the transfer of @Antony00 🤝🔴#MUFC