Vicky Kaushal-Katrina Kaif complete 1 year of marriage, check how they both met 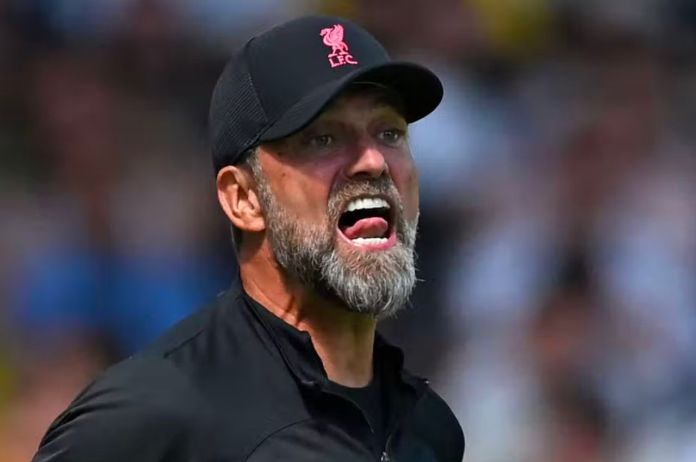 New Delhi: Liverpool manager, Jurgen Klopp says it is unlikely that the Reds will look to solve their injury problems by dipping into the transfer market this month.

Klopp’s side is currently having a first-teamers injury crisis, Liverpool are currently without eight senior options due to injury. The spotlight has been turned up on Anfield following a disappointing draw with Fulham on the opening weekend of the Premier League campaign.

Midfield, in particular, has been the subject of worries, with the likes of Thiago Alcantara, Alex Oxlade-Chamberlain, and Curtis Jones all injured, but Klopp has reiterated that Liverpool will not be forced into making a signing before the window closes on September 1.

“I’m happy with the strength and quality of my squad, but we have injuries. Now it’s a question how long the players will be out. There are different solutions. One is the transfer market, but that only makes sense for the right player. We always would have done that from the first day of the transfer window.

It is just in some cases it is not possible and in others it is extremely difficult. So that is why you don’t have to think about it,” Klopp said at a press conference ahead of his side’s game against Crystal Palace.

“All the other solutions are inside the squad. We have now too many injuries, that is clear. Naby [Keita] will be back on Monday and Kostas [Tsimikas] will train the first time today and that is the situation. I understand the questions but if there were the right solution for us, we would have done it already. We are not stubborn. People told me at the beginning of the season we lack a specific kind of midfielder, I didn’t understand that because if you search for specific things, you always lack something. If there would be the right player we would have done it but I don’t see it because we have had a lot of conversations already,” he added.

Liverpool are currently without eight players due to injury.

Thiago is likely to miss around a month with the hamstring issue suffered at Fulham, while Jones is out for at least two more weeks with an as-yet unspecified problem.

Oxlade-Chamberlain and Diogo Jota both have hamstring injuries, with Jota expected back before the end of the month, Caoimhin Kelleher is recovering from a groin strain and Ibrahima Konate damaged a knee in the pre-season friendly defeat to Strasbourg.
Teenager Kaide Gordon and new signing Calvin Ramsay are also yet to resume full training after issues flagged during pre-season

Petrol price on December 9: check out latest fuel rates in your city here