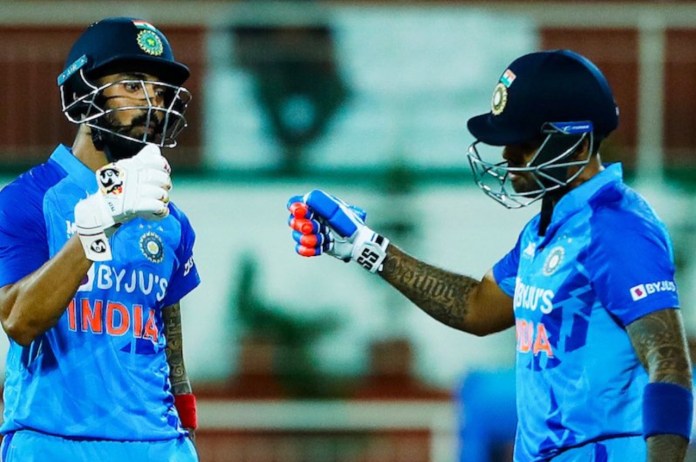 New Delhi: KL Rahul and Suryakumar Yadav both scored unbeaten fifties as India defeated South Africa in the opening T20I by eight wickets while chasing a target of 107. After a rough start, Suryakumar Yadav (50 not out off 33) gave India much-needed momentum in the chase. In the wake of Rohit Sharma and Virat Kohli’s early dismissals, KL Rahul (51 not out of 56) has also found his footing.

Earlier, India managed to hold South Africa to a below-par score of 106/8 in 20 overs thanks to the three wickets taken by Arshdeep Singh, Deepak Chahar, and Harshal Patel respectively. Chahar began India’s innings after winning the toss by dismissing Proteas skipper Temba Bavuma with the final ball of the innings.

To frighten the guests, Arshdeep got rid of Quinton de Kock, Rilee Rossouw, and David Miller in the second over. In the next over, Tristan Stubbs too departed, as Chahar took up his second wicket. South Africa passed the 100-run threshold because of a strong rearguard from Keshav Maharaj (41), who played.