India vs Pakistan: Rohit Sharma can break THIS record today, only 10 runs away 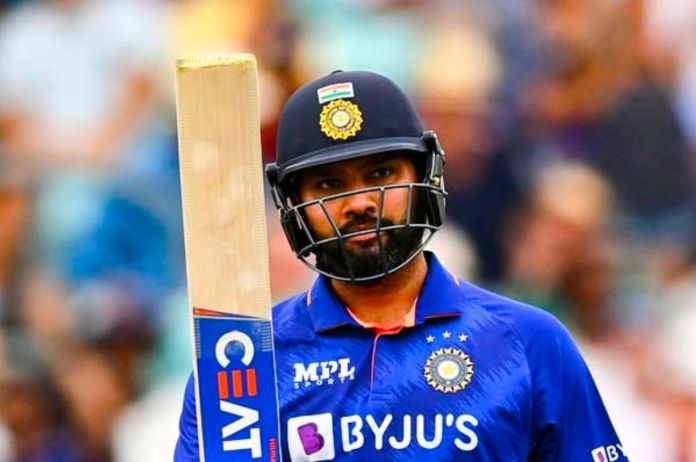 Dubai: India is set to avenge their T20 World Cup defeat against Pakistan as they square off in their opening fixture of Asia Cup 2022. In the game that is set to be played on Sunday evening, all eyes will be set on Virat Kohli. He will be playing his 100th T20I while Rohit Sharma will also be on the run of becoming the highest T20I run-scorer of the world.

Currently, New Zealand player Martin Guptil is the highest scorer with 3,497 runs while Rohit Sharma is trailing behind by just 10 runs. In the very first match of the tournament, Rohit Sharma can break this record and reach at the top of the table.

Also Read :- India vs Pakistan, Preview, Head-to-Head: When, Where & How to Watch

Virat Kohli is also close in the race as he has 3,308 runs in 99 games. When he will be focussing on ending this century drought at the international cricket, this would also be achievement for the former Indian captain.

While talking in the pre-match conference, Rohit Sharma has clearly state that he want to keep some decisions secret and thus, didn’t reveal the opinion combination for India.

“You can see yourselves after the toss tomorrow. Let us also keep some secrets,” he said.

“See, our team has decided, we have decided to try some things. Some things will work, some won’t. But there is no harm in trying. Only after trying do you get answers. If you don’t try, then you won’t get answers,” Rohit said.

Also Read :- India vs Pakistan: Rahul Dravid is back with team after fighting COVID-19

“So whenever we get the opportunity, we definitely try some new combinations. But as far as team combinations are concerned, as I said you’ll only find out tomorrow. But our team has decided that we will keep trying new things. And if in that process, we face some difficulties, we still don’t have a problem with that,” he continued.