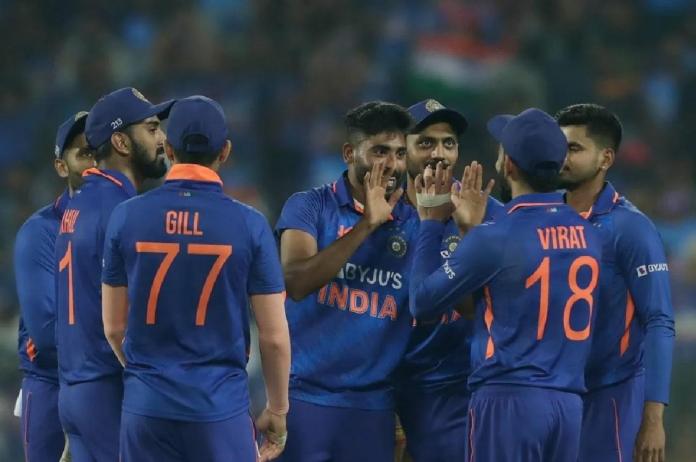 New Delhi: The Indian cricket team was handed a hefty fine for maintaining slow over rate against the New Zealand in 1st One Day International (ODI) at Rajiv Gandhi International Stadium, Hyderabad on January 18.

The Rohit Sharma led team India were fined 60 per cent of their match fee for slow over-rate against the blackcaps.

India were ruled to be three overs short of their target by Javagal Srinath of the Emirates ICC Elite Panel of Match Referees. Time allowances were taken into consideration before arriving at the decision.

In accordance with Article 2.22 of the ICC Code of Conduct for Players and Player Support Personnel, players are fined 20 per cent of their match fee for every over their side fails to bowl in the allotted time.

🚨 JUST IN: India have been fined for maintaining a slow over-rate in the first #INDvNZ ODI.

India leads the series by 1-0

Indian team won the Hyderabad thrilling match against New Zealand by the margin of 12 runs. Shubman Gill was awarded the player of the match award for his brilliant 208 runs. Mohammed Siraj scalped 4 wickets in his 10 overs spell, while conceding just 46 runs.

India and New Zealand will now head towards Shaheed Veer Narayan Singh International Cricket Stadium, Raipur. The side will face each other on January 21 for 2nd ODI match out of three match series.